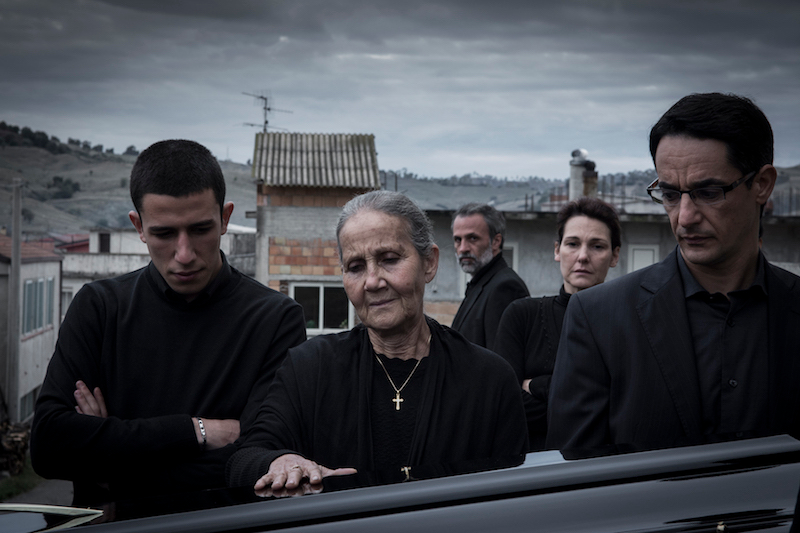 In his latest feature, Black Souls, Francesco Munzi’s commitment to realism in the organised crime genre is unflinching. But the true story his pursuit of authenticity is wrapped around is often uncompelling and bitterly cold.

Based on the novel by Giacchino Criaco, Black Souls is the story of three brothers: confident and lovable Luigi (Marco Leonardi) takes risks, while a calculated Rocco (Peppino Mazzotta) looks on, and a “clean” and withdrawn Luciano (Fabrizio Ferracane) does his best to stay out of less-than-legal matters. The real trouble starts when events carried out in passion put the family and their criminal enterprises in peril at the hands of a local rival family.

The setting, a range of mountains at one of the most southerly points of mainland Italy, is bleak, and while the family still herd goats in the area, there seems to be little else left alive. Shots of the surrounding grassland seem colourless and barren, a strong parallel for the atmosphere of this immensely ominous thriller.

There are no pretentious in either the plot, or dialogue: characters remain mostly silent, and when they speak, it’s without poetry or humour. Family members have their own thoughts and opinions, but provide little else when speaking to friends, family or worst enemies. Characterisation is strong, but with so little to draw you toward any one of the characters, some may find the film less than engaging. In the most extreme case, Leo, son of Luciano and budding criminal, goes beyond tight-lipped and naive, and begins to appear stupid and thuggish.

As you’d expect, Black Souls is not without its fair share of violence, and it’s treatment is in keeping with the film’s tone. Brutality is quick and extreme, while the repercussions are slow and protracted.

In many ways Black Souls covers old ground, and while it attempts to cover it in a differing style, it’s not necessarily enough to make it stand out. In many ways Munzi’s authentic style harks back to an older school of filmmaking that has plenty in common with the biggest names in the gangster genre.

Black Souls does not have a release date yet.