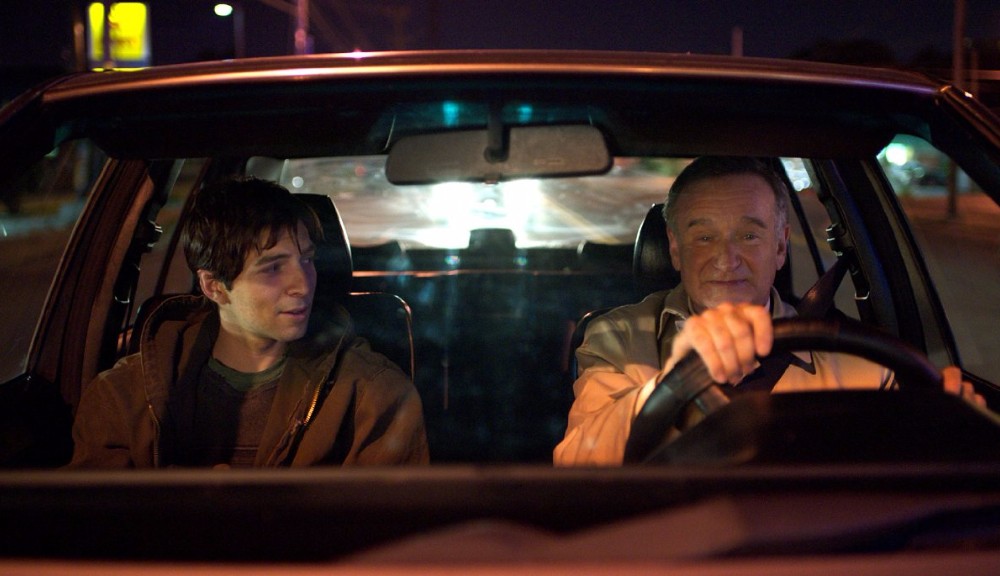 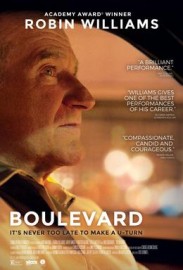 After struggling to find a distributor, the final onscreen appearance by the late great Robin Williams is finally seeing a cinematic release. Directed by Dito Montiel and starring Kathy Baker and Bob Odendirk alongside Williams, Boulevard is certainly a moving experience.

Williams plays Nolan Mack, a 60-year-old banker who’s been closeted all his life. With his marriage breaking down and his father dying, Nolan, desperate for a change, meets Leo, a young male prostitute. The two have a not-quite-romance and as Nolan’s life begins to unravel, he finally decides to stop lying. The story is a little on the melodramatic side, complete with violent pimps, but for what it’s worth, it’s sweet and heartening, highlighting just how much ground is yet to be covered in terms of resolving LGBTQ issues. The trouble is it’s very tame, touching the surface of some of these issues but never diving in headlong. Nolan’s relationship with Leo is muddy, half-parental, half-sexual, Nolan himself unsure of what he wants.

There’s not much room for Williams trademark humour here; in fact, Odendirk gets off most of the wry one-liners as Nolan’s best friend Winston, but the roles are nonetheless oddly well cast. Williams masterfully portrays Nolan’s fear, his uncertainty and fragility, but outside of that, there’s nothing much that stands out about the film. Odendirk is Odendirk, Baker does a good job of playing Joy, Nolan’s distant wife, and Roberto Aguire is fine if a little forgettable as Leo. It’s very much a character-driven tale, so it makes sense that Williams is the focus, but it would have been nice if the supporting cast had been more interesting. Outside of the performances, Boulevard is at least a very pretty film, mostly shot a night and warmly lit, lending a kind of delicate beauty.

Boulevard is certainly no masterpiece, but it is a very tenderly made movie, and though it cannot be said that Williams’ final onscreen performance was particularly award-worthy, when viewed in the wake of his death there is a certain weight to it. Williams brings Nolan to life in all his muted glory and, under the layers of repression, brings a glimmer of hope.

Watch the trailer for Boulevard here: