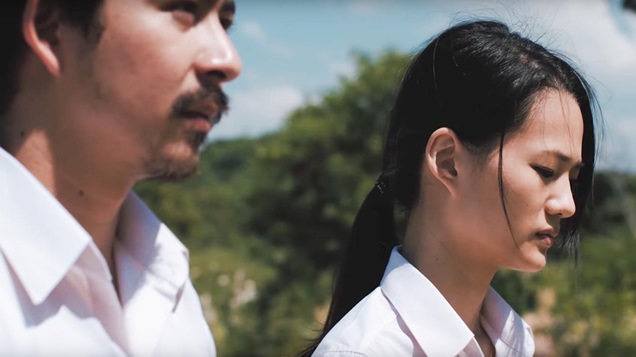 Dao Khanong (By the Time It Gets Dark) | Movie review 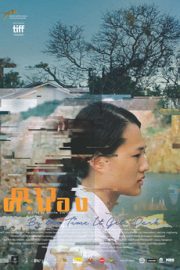 It is difficult to describe the plot of By the Time It Gets Dark, because there isn’t one, at least not in the way that we are used to. The first section follows a director (Visra Vichit-Vadakan) as she secludes herself in a country villa in order to interview a potential film subject. The interviewee, Taew (Rassami Paoluengton), is a writer and former student protester, who survived the tragic Thammasat University massacre. We also follow Peter (Arak Amornsupasiri), a handsome young actor who eventually receives a script for the reenactment of Taew’s story. By far the most mysterious character is an unidentified young woman who appears in different guises throughout many of the scenes. Here she is a waitress, there a cleaner, an ever-present watchful proletariat. Thus we are faced less with a plot, and more with a series of hypnotic sequences, which echo and play off of one another while forming a barely tangible tapestry of storyline.

The Thammasat University massacre is what unites these disparate scenes: an attack by Thai state forces and paramilitaries on protesting students, which took place in 1976. The film dances cautiously around the still-disputed event, seeming to meditate on the difficulties of portraying a trauma such as this, which is undoubtedly still fresh in the minds of the survivors. It could be seen as a similar work to Joshua Oppenheimer’s famous documentary The Act of Killing, though far less direct in its approach to portraying murder and violence.

An exercise in self-reflexive filmmaking, we see actors pose for the camera, behind the scenes of a surreal, underwater-themed musical number, and follow Vichit-Vadakan’s character as she finds herself unable to cope with the reality of Taew’s story and begins to question her worth as a director. Often long shots and stretches of time go by without a word, yet what is conveyed through the camerawork and actors’ expressions goes beyond words. Considered, deliberate cinematography by Ming-Kai Leung is the movie’s best achievement, bringing visual simplicity to director Anocha Suwichakornpong’s complex, intertwining narrative. The audience is gently prompted to question the authenticity of what they are viewing, wonder at the dark history behind Thailand’s natural beauty, and reconsider the relationship between form and subject matter. As a story By the Time It Gets Dark is dense and cerebral, but a rewarding aesthetic experience.

Dao  Khanong (By the Time It Gets Dark) is released nationwide on 16th June 2017.

Watch the trailer for Dao Khanong (By the Time It Gets Dark) here: