Rocks: An interview with stars Bukky Bakray and Kosar Ali 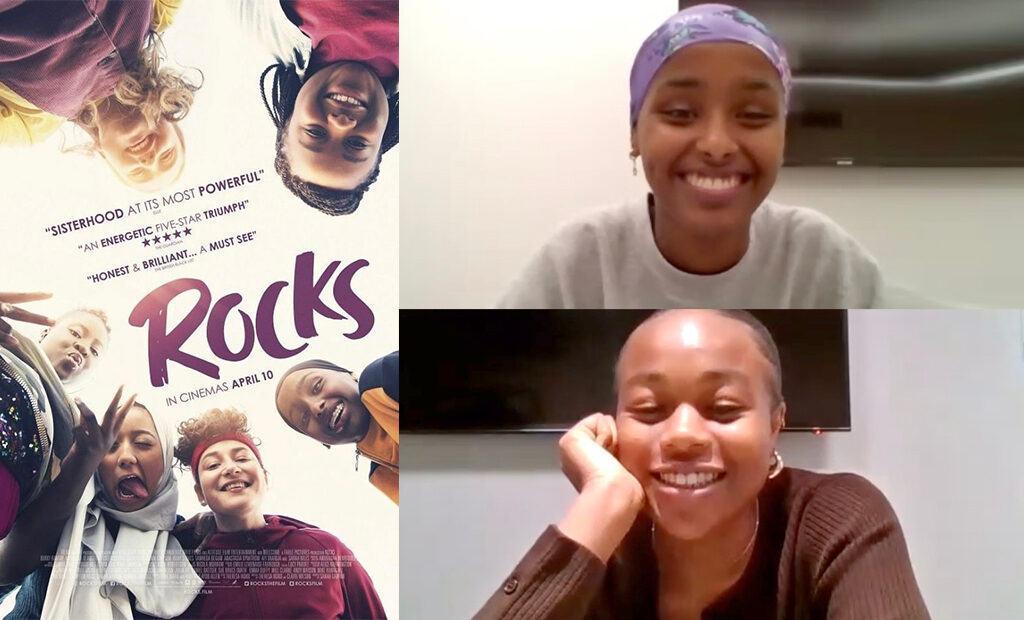 Rocks: An interview with stars Bukky Bakray and Kosar Ali

Rocks is the new coming-of-age film from Suffragette (2015) director Sarah Gavron. Brimming with heart and authenticity, it follows teenager Olushola, nicknamed Rocks, and her friends as they navigate life in inner-city London.

Taking a non-conventional approach to the filmmaking process, Gavron and her team assembled their cast from workshops with non-actors and developed the script and story with their input. The result is something fresh and unique that treads a fine line between documentary and drama, exploring the hardship of life at the margins as well as celebrating the brilliance of female friendship.

We had the pleasure of speaking to Bukky Bakray and Kosar Ali about how they came to be cast, their experience of working with director Sarah Gavron and how they influenced the making of the film.

We also had the chance to speak to the cast and crew on the red carpet at the London Film Festival 2019. Watch more on our YouTube channel.

Rocks is released in select cinemas on 18th September 2020. Read our review here.

Watch the trailer for Rockshere: