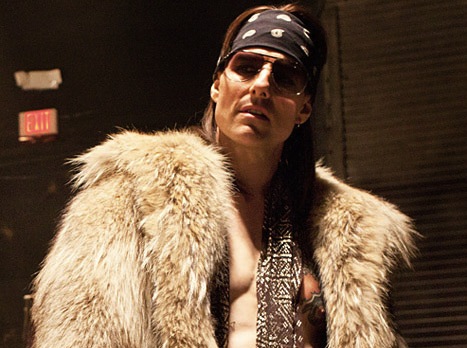 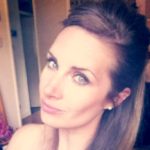 Rock of Ages is the brand new feature film adaptation of the smash hit Broadway musical of the same name.  Singing their way through the film are some of Hollywood’s biggest names, bringing a refreshingly comical take to an otherwise familiar storyline.

Once you get over the initial disbelief again that people can literally, unashamedly, burst into song in the middle of a bus journey, or whilst relieving themselves in a urinal, the film takes you on a ‘rocking’ journey into Sunset Strip with the main star, Sherrie (Julianne Hough), a naïve small-town girl pursuing her dream of becoming a singer.  As soon as she reaches Sunset Strip, Sherrie’s naivety is prayed upon and her rescuer is the dashing Drew (Diego Boneta).  An equally enthusiastic singer, Drew, is also hoping to make it big time in Hollywood, takes Sherrie under his wing and gets her a job in The Bourbon Room where he works.  Here Sherrie and Drew chase not only their love for music, rock specifically, but also one another.

With remarkable performances from Tom Cruise as the rock-come-sex-god Stacee Jaxx, and Catherine Zeta-Jones as the Mayor’s wife – a formidable character with an all too recognizable battle of denial – this film highlights Rock’n’Roll own clash with acceptance from the public.

Also among the star-studded cast are Russell Brand, Alec Baldwin, Paul Giamatti, Malin Akerman, and the soulfully voiced Mary J. Blige, each with their own distinctive character that intertwines with the ‘star crossed’ lovers, Sherrie and Drew.

It is the dialogue and interlacing lyrics you are guaranteed to recognise that really make this film.  After the preliminary onslaught of cringe-inducing songs, the movie makes way for a real barrage of music from the likes of Def Leppard, Journey, Foreigner, Twisted Sister and more.

To compliment the music of that era are the glam rock outfits: adorned with leather, studs, giant mobile telephones (and in the case of Alec Baldwin’s character, Dennis Dupree), leopard print, the audience can really feel a sense of transportation back to the late 80s.

So, despite the saccharine-covered love story, the predictively happy coincidences, and the overall blatant elements of musical cheesiness, this film is actually a fantastically feel-good watch.

A film that incites the amount of goose-pimple moments as Rock of Ages did, from the clever use of lyrics to the powerful music accompaniment, is certainly worth its weight in cinema-gold, especially for a musical for which there is a fine line between success and failure when it hits the silver screen.

The finale of the journey, Don’t Stop Believing, brought from the audience a rapturous applause, a suitable reward for this film, earning every one of its five stars.

Rock of Ages is released nationwide on 13th June 2012.

Watch the trailer for Rock of Ages here: