Poppy and the Jezebels at Proud Camden 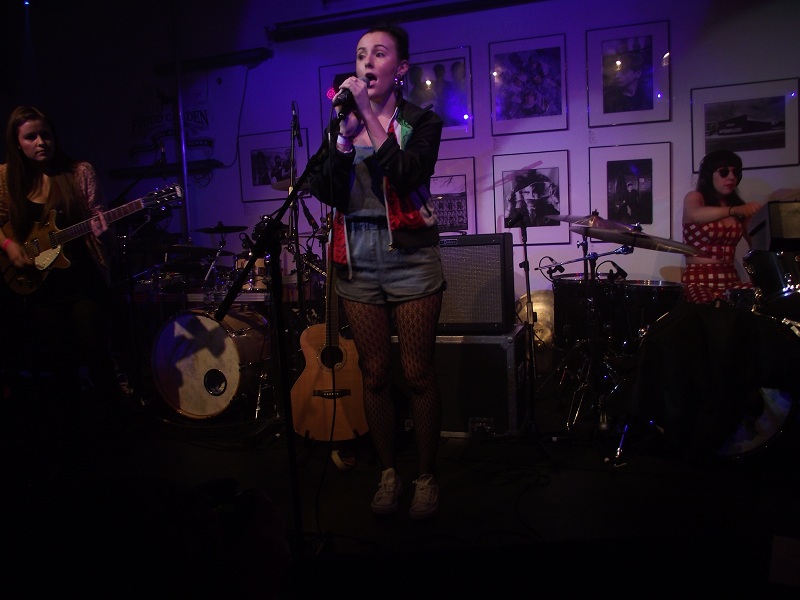 Poppy and the Jezebels at Proud Camden | Live review

Proud Camden presents their “Breakout” night, hosting the hottest up-and-coming artists in the world of music. The four-piece all-girl ensemble Poppy and the Jezebels took the stage fashionably late and showed the crowd what they were made of.

The lo-fi electro-pop band is refreshingly young and started performing together from the age of 14. Their music exudes their youth, radiating with their cool quick-wit attitude which mixes with their vibe of teenage cool that sets it apart from conventional pop. Mollie Kingsley’s vocals were powerful; half-spoken which complements the boldness of the band’s sound. Amber Bradbury on guitar provided the pop rhythms, while drummer Poppy Twist really stood out with her energetic and passionate drumming that resonated around the venue. Dom Vines’ performance on the keyboard was superb, pumping out the dance-esque melody with pure joy and ease.

Poppy and the Jezebels played songs from their yet to be released album, such as Turn up the Hey which features heavily on a dance piano sound. The lyrics are catchy and the chorus bids to be sung along with. The band took a turn of genres with another new track Mother’s boy with a reggae-inspired nature, proving the versatility of the young band. The girls ended the short set with their current single Sign In, Dream On, Drop out! which was produced by pop don Richard X, who has worked with the likes of the Sugababes and Rachel Stevens. The track is synth-pop ear candy and the memorable lyrics make for a successful tune if you’re a big electro-pop fan.

The band may face problems with a slight case of nerves; Mollie and Dom quipped between songs to lighten the mood, but guitarist Amber seemed to be slightly pensive, but that could be a cool, laid-back demeanour. If you’re into electro-girl-pop then Poppy and the Jezebels is a fantastic example of the talent rising up the ranks. 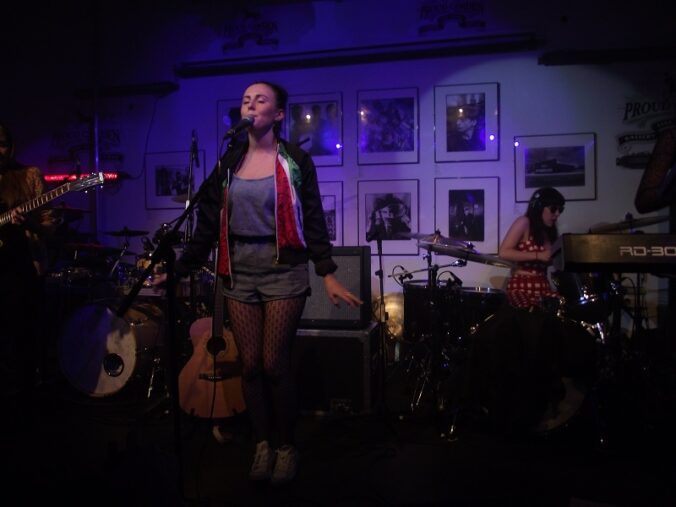 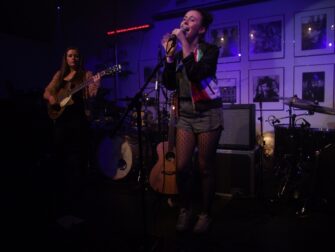 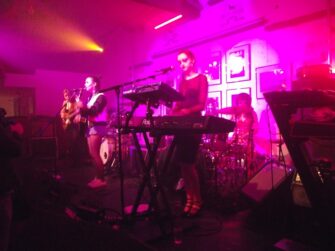 Watch the video for Sign In, Dream On, Drop Out! here: