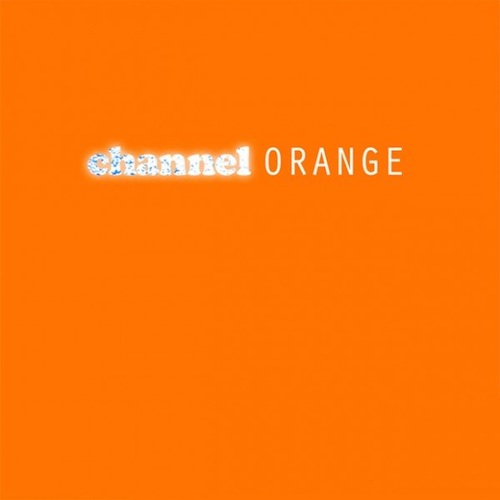 Frank Ocean created a buzz earlier this month by proclaiming on his blog that his first true love, at the age of 19, was a man. As if being a member of the eclectic, controversial collective Odd Future wasn’t enough, Frank Ocean has demonstrated that the Hip-Hop/R&B community is changing to something more welcoming albeit unexpected. Frank Ocean introduced Thinkin Bout You on the radio, stressing the importance of the song because it was about his first love. It is of course not your conventional contemporary R&B love song, simply because of the subject matter: “You know you were my first time/a new feel”. Surely most fans of R&B today will struggle to find a love song with supposed homo-eroticism featured as a key element. However, this is part of the brilliance that is Frank Ocean: his mix tape, Nostalgia, ULTRA proved that he a unique gem in his own right – combining elements of analogue recordings with lush, accessible production.

Channel ORANGE is even more epic and exhilarating. Ocean really does not care about going against the quotidian. As if his the incredibly open, touching post on his Tumblr, an early, free release of a stream of the record and his membership of the OF clan didn’t do justice to confuse the public, this rarity of a star has proved on this debut that he can get away with not submitting to the demands of commercial R&B fans/charts. His Def Jam R&B counterparts are releasing music that does – but from listening to this album one can see that he is in total control of the production of the record. It is not terribly radio-friendly, but it will keep his cult-following strong and more: his features on Kanye and Jay’s Watch The Throne demonstrated that he has the ability to be appreciated by a wide audience.

Songs like Crack Rock, Super Rich Kids and Sweet Life provide smooth, non-judgemental social commentaries over laid-back sounds that are overly inviting for the listener. Ocean seduces the listener over the record – like he did on his mix tape. His voice alone can do so. But by showing his incredible ability to observe and deliver significant observations on today’s society further prove that he is something of an attractive dissident. Pyramids is a ten-minute, grandiose, musical expedition through ancient Egypt to the present day. It features a brave transition from sharp electro synths to wavy, modulated keyboard riffs. Not to mention slightly ambiguous lyrics. Lost and Sierra Leone are more accessible for typical R&B fans, yet the music never loses its ambitious beauty and charm. We are lucky to have Frank at this time. A time when we need to be reminded that really impressive music can still be released, regardless of the genre it’s associated with and regardless of the what the public may want or expect. Delicious.