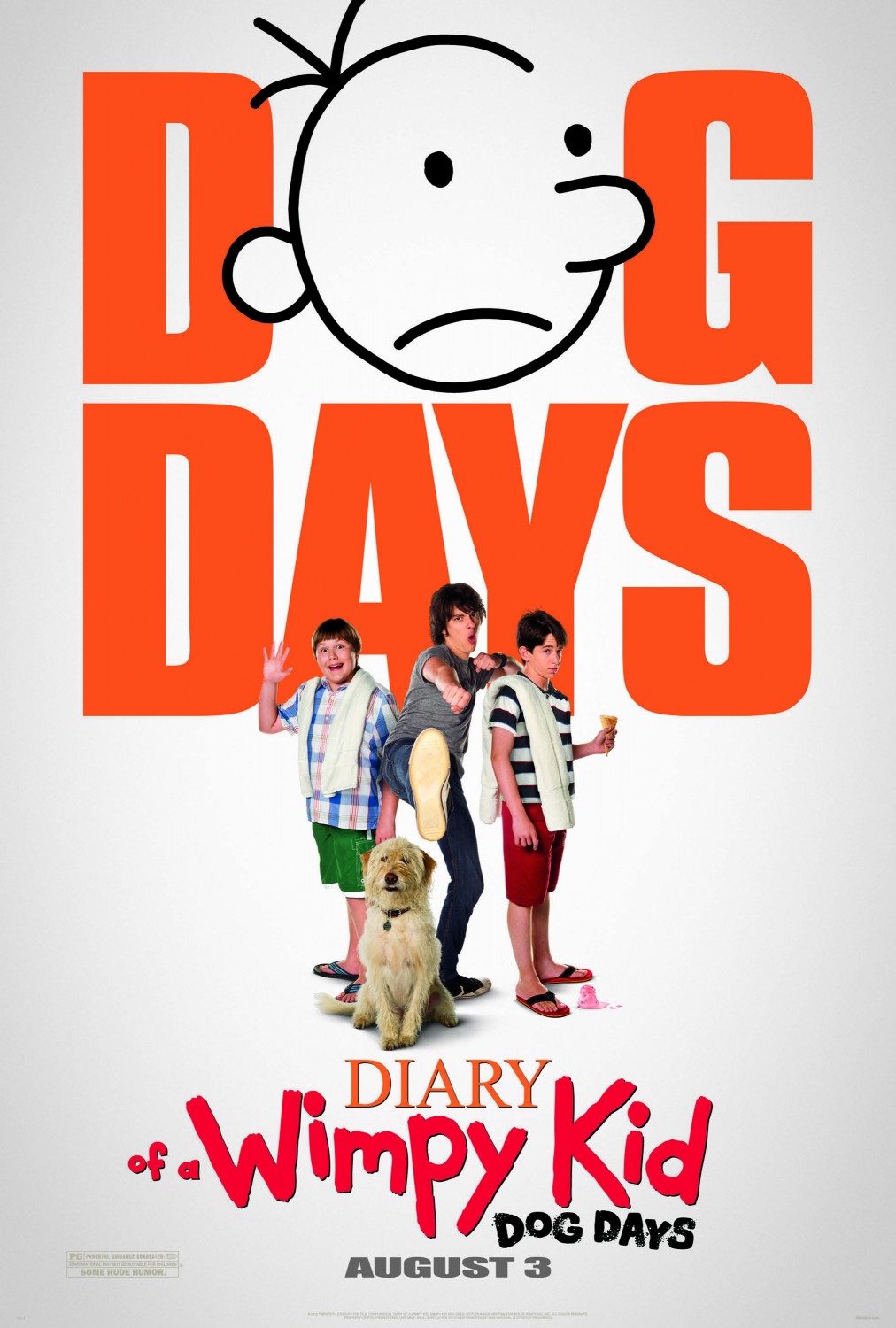 Directed by David Bowers, Diary of a Wimpy Kid: Dog Days is an enjoyable film and the third in the franchise, based upon Jeff Kinney’s novel of the same name. The popular series of novels has translated well to the big screen, and this latest instalment is no exception. Diary of a Wimpy Kid: Dog Days is set for worldwide release on 3rd August 2012.

With the end of eighth grade and the start of the summer holidays, Greg (Zachary Gordon) intends to do nothing other than play video games and pursue his crush, Holly (Peyton List). However, his parents, Frank (Steve Zahn) and Susan (Rachael Harris), have other ideas, and soon pressure Greg to both find a job and pursue more productive hobbies. Upon being invited to the luxurious country club by best friend Rowley (Robert Capron), Greg seemingly has a get-out-of-jail-free card, and makes it a daily habit. Claiming to have secured a job at the club, parental pressures ease a little, but not before Greg’s immature older brother Rodrick (Devon Bostick) seeks to blackmail him, if he refuses to get him access to the club.

The summer seems to take a turn for the worse during a holiday with Rowley’s family. The holiday comes to an abrupt end due to Greg’s unintentional clumsy actions, which involves a humorous and memorable instance of the police mistakenly arriving to arrest Rowley’s father, much to Greg’s protest. Discovering that his employment at the country club was nothing more than a lie, Greg’s father threatens to send him to the local boarding school, should he fail to change his ways. Greg finally atones on a camping trip, when, defending his father’s honour, he manages to destroy the tent of the opposing team’s scoutmaster. Frank finally realises that Greg is no different to himself at that age, and decides not to send him to boarding school after all.

A bildungsroman (coming-of-age story), the film nicely charts the age-old changes in relationship between father and son, friends and the universal theme of teenage angst over romance. The dynamic between father and son is excellently captured by Gordon and Zahn, and their reconciliation at the film’s end is one of the nicer moments. Ample comic relief is supplied by Rowley, Roderick, and Greg’s mother Susan, the latter brilliantly portrayed by Harris.

There are perhaps some cheap attempts at humour, even for a kid’s film. For instance, the portrayal of the bespectacled “nerd” Fregley (Grayson Russell) and the Asian Chirag (Karan Brar), who happens to carve the Hindu god Ganesh during a wood-cutting session, are somewhat lazy stereotypes — with the latter, in particular, sometimes cutting close to the bone.

Overall, Diary of a Wimpy Kid: Dog Days is an enjoyable, funny family flick. With a well-directed young cast, this film should be a must-watch for families over the summer holidays.

Diary of a Wimpy Kid: Dog Days is set for worldwide release on 3rd August 2012.

Watch the trailer for Diary of a Wimpy Kid: Dog Days here

Ten albums you cannot miss this month – July 2012
BT London Live: We Will Rock You