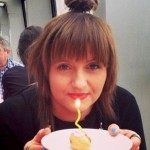 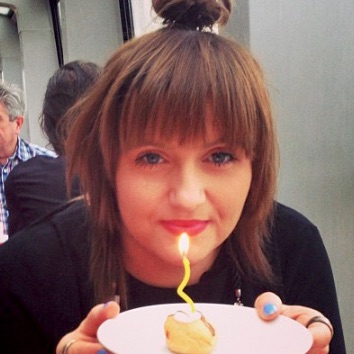 An earlier than expected start at BT London Live in Hyde Park saw Alexandra Burke perform a live set in the beautiful setting sun. Thousands of eager fans, basking in the day’s few rays were firstly welcomed to an introduction of an Olympic medal winner. Lizzie Armitstead became the first Great Britain silver medallist at the weekend after her fantastic performance in the women’s cycling road race, and she was welcomed onto the stage with a huge uproar and applause from onlookers. Interviewed on stage, Lizzie spoke of her happiness over winning a medal, winning us all over with her innocence and sheer determination. A lovely added touch saw Lizzie have her photo taken with the crowd behind her with an iPhone to remember the moment.

With press then swarming Lizzie, Alexandra made a perfectly timed appearance. Opening with a full band musical introduction, Alexandra entered the stage singing Heartbreak on Hold, her most recent single. Wearing a cream playsuit layered with a camouflage style jacket, Alexandra demonstrated her pride of being British through her red and blue metallic nail varnish and a very fitting gold Olympic ring.

During her set, Alexandra said it had “always been her dream to play before in Hyde Park”, becoming increasingly emotional about her performance at such an important time for the city of London. She followed with the energetic single Elephant, and amazed the crowd with complex dance routines and a series of accompanying break-dancers.

Slowing things down, the next song brought to life Alexandra’s winning single from The X Factor final. The introduction of Hallelujah instantly brought with it swaying arms and a sea of British flags, alongside chanting of the words by everyone. Powerful singing showed exactly why we chose Alexandra as our winner.

A more upbeat finale to her performance saw Alexandra play Bad Boys and, of course, the song would not have been complete without her very own onstage “bad boys”. With the crowd dancing along with the half-naked men who owned the stage, Alexandra bid her farewell to Hyde Park and thanked everyone for the experience. In true style, she made a comeback to bow to the crowd and put on a show to make Britain proud.

To find out more about the free BT London Live shows, visit here.