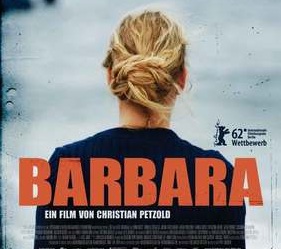 Directed by Christian Petzold and set in provincial eastern Germany, Barbara is the intense story of a female doctor caught up in the Cold War during the summer of 1980. Forced to leave Berlin for a much smaller hospital out in the countryside, Barbara (Nina Hoss) segregates herself from the other staff and doctors so that she can lead an uncomplicated life whilst she waits for her lover to plan her escape.

It is learnt that the reason for Barbara’s transfer is punishment for applying for an exit visa out of the Eastern Bloc.  Keen to join lover Jörg (Mark Waschke) in the West, Barbara keeps to herself, making plans to flee as soon as possible.

Adopting an overpowering sense of unease, Barbara instigates a whole host of emotions right from the start.  As a doctor, Barbara is empathic and hard-working.  Evidently dedicated to her job, Barbara is seen to go above and beyond her call of duty for the patients in her care.  This does not go unnoticed by fellow paediatric doctor, André (Ronald Zehrfeld), a man seemingly the polar opposite to Jörg with absolute faith in Barbara’s work, and an apparent soft-spot too.

The budding relationship between Barbara and André is highlighted by the tension surrounding them.  Barbara is constantly being watched by a German Democratic Republican Officer, and worse than this she has to endure full apartment and body searches – literally stripping her of her dignity, something very unpleasant to behold.

Barbara changes pace towards the end, with her escape nigh, and depending on how good you are at guessing these things, the ending is a little predictable – but satisfying nonetheless. Barbara is released in the UK on 28th September 2012

Keeping within the usual omnipresent depictions of the Eastern Bloc, director Christian Petzold successfully brings to life this tale of Barbara’s conflict between absconding from the East, and her new found sense of something which she is not too sure on, with André.

The dreary setting of Barbara is brilliantly balanced by a conglomeration of relationship studies; the initial passion and yearning between Barbara and Jörg, the hostility Barbara is subject to, the tenderness emanating from André, and finally, the sporadic threads of humour intertwined in Barbara’s conflict.

Although this film will not suit those looking for a fast-paced action movie, or a film steeped in comedy or romance, what audiences will find with Barbara deserves a higher intellectual respect.  A story of charismatic characters meeting in a state of high alert; a conflict within a conflict, and a battle of desire.

Petzold once again brings his movie-muse, Nina Hoss, to the big screen, and although the film never quite induces itself to the genre of a “thriller”, Barbara is certainly worth watching (just as the GDR officer did)!

Barbara is released in the UK, with English subtitles, on 28th September 2012. 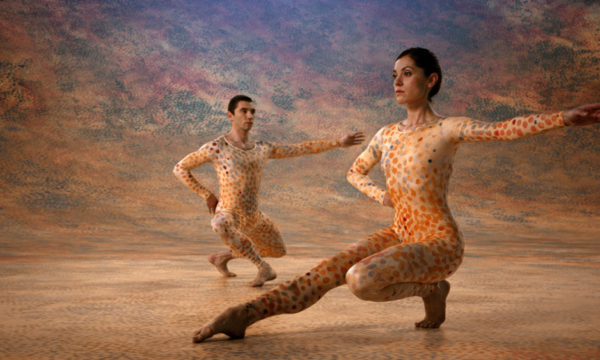