An interview with The Other Tribe 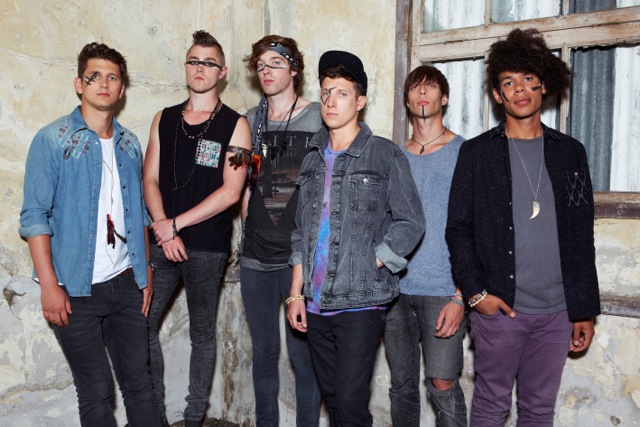 An interview with The Other Tribe

The Upcoming caught up with The Other Tribe, a six-piece band who describe themselves as “Brit-Electro”.

First and foremost guys, it’s been an impressive journey. We saw you play in Motion back in the day (2010) and now you’re signed to Black Butter/Relentless Records! How does the growth feel? Was it sudden, gradual or completely unexpected?

Alex: Well it’s been a long time coming. We’ve been building it up for quite a while but it always is very sudden when it actually happens.

Charlie: The sudden leap was going from Black Butter to having Sony round the corner so you know what’s going on and you have direction. The last six weeks to two months we’ve had photo shoots and videos, getting a release ready, having all the interviews – it’s like woah…

Alex: Leaving a day time job is a good thing [grin on his face].

Charlie: Yeah, going from being a barman, doing eight-hour shifts to doing something you really like.

Did you always know you were going to make it?

C: Yeah, you have to go in with that mentality. If you go into music, you have to put everything into it. If you fail there’s not much left unless you’ve got a plan B.

A: The plan B would never be as good. If you want to do it, you have to go for it really. If your heart is set on it you have to do it or you will never be happy.

Of course. And you’re playing Bestival this year! How was Secret Garden Party?

Max: Potentially our best ever gig. The stage was made out of trees – it couldn’t have been a better setting for us. We essentially headlined on Thursday and the crowd was…

Miles: There’s like a bridge by the back of the stage so you’ve got this massive crowd and then a raised platform and more crowds… crowd as far as the eye could see.

C: It’s one of the best-decorated venues. It really suited us to play there. With the stage made of wood and trees everywhere… it really suited our image with the tribal elements.

So the best venue you’ve performed at?

James: Yeah that and Motion… and we’ll be back there in October supporting 2 Many DJs.

Ok cool. And obviously, Bristol has its own unique, vibrant sound. There’s Massive Attack, Tricky, The Wild Bunch, Way Out West… The list is endless. Do you draw influences from these Bristolian electronic acts?

A: Yeah, although we can say “this band or that band” I think that’s our main influence – the Bristol scene, being involved in it. Every night going to clubs and hearing that sound… it’s such an eclectic collection of music so it heavily influenced us.

What about other electronic acts apart from Bristol?

A: Soulwax and Bookershade are the main ones for me.

A: Chemical Brothers as well…

What about more rock-based bands?

A: Yeah, Friendly Fires, Hot Chip… Blur – for the vocals.

Obviously you have your own idiosyncratic sound; you use falsetto rock vocals and add reverb to keep the electronic ambience authentic. Did you develop that by combining two genres you love?

A: Yeah, well a lot of acts I really enjoy like TV on the Radio and Radiohead sounded so beautiful and were an influence on the development of our sound. It works well in our setup – Miles singing the falsetto parts by doubling and James singing the lower parts. We have a few singers in the band so we can harmonise.

Tell us about your tribal image, with the face paint and extravagant dress sense – if you were to get signed and they told you to scrap it and they wanted full control how would you react?

A: Well luckily we’re not signed to that kind of label.

C: Yeah, we’re definitely not a boy-band. We want full control over our creativity. If you took that away, you’d take away a part of us. And it’s fun because everyone can get involved in it. At our shows people like to wear UV paint when raving.

What if they tried to take control of the sound?

A: Well we’ve got a good team to help us find the best routes. You always need a bit of help because you think your work is the absolute best you’ve ever done and you need people to point you in the right direction… an objective point of view.

O: That’s why we signed to Relentless. We had a few offers from other labels but we chose them because they’re the only label that “got” what we wanted to be.

A: They’re very much on our wavelength. They want the same things we do.

Whereas other labels would take complete control and ruin the sound/image?

A: Yeah, well we’ve got some songs with catchy vocals, and it could be easy to turn a lot of our songs into pop songs.

“Businessman on Diazepam”… who came up with that title?

A: Well a few of us went to Reading Festival one year dressed in suits. This was about five or six years ago so it came from that.

Does it have a message? Calling for people to be liberated?

A: Well it’s just someone out of their comfort zone. A load of businessmen stuck in Reading Festival, popping Valium… it’s quite surreal.

You all went to uni together right?

A: We all went to uni in Bristol, some at different ones. I knew James from beforehand; we were in a band which was very much Blur-influenced and then we all met each other in Bristol and were brought together because of the scene we all loved.

With the production of a song, how does it normally start? We guess you jam a lot together, but does anyone ever have a key motif in their head and puts that forward?

C: There’s many different ways that we do it. The ways we’ve written songs the most efficiently is when someone has come forward with an idea – maybe half-produced and then we’ll jam it out and expand on it. I mean sometimes we even have a percussion rhythm and we’ve made a song off the back of that. And we’re about to all start living together so there’ll be a lot of different ways.

A: Sometimes it can be a concept. We’re lucky we have a lot of different ways of writing songs though. It leads to a lot of fresh ideas.

Lastly, Skirts is out officially in September. What else can we expect, album- or EP-wise?

A: We have the Skirts single with a lot of remixes, covering a range of genres – Kidnap Kid, Don Diablo, T Williams… all brilliant remixes. And then we will release another couple of singles before our album release which will be out next spring. So we’re in the process of writing that at the moment in Bristol.

Matt Di Salvo
Photo: Courtesy of The Other Tribe

Skirts is officially released on BB Records/Relentless on 30th September.

Listen to The Other Tribe on their Soundcloud here.

For the latest updates on The Other Tribe check out their blog. 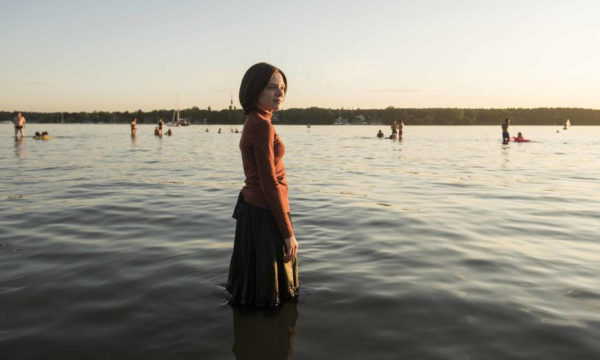