The Vaccines – Come of Age 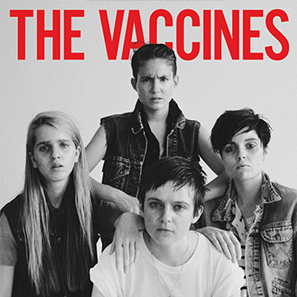 The Vaccines have seen some impressive accolades pile up since they began in 2010, so the pressure’s so that their second album follows suit – or better yet: enhances upon their successes. Broadly speaking, these guys are an indie rock band, but with math-rock touches and are in large parts punk. Their second album, Come of Age, comes out on 2nd September, and does indeed take the sound they found in 2011 and enhances upon it, and occasionally makes some terrific advances. For fans of their sound as it was, tracks like I wish I Was a Girl, Weirdo and I Always Knew are all promisingly poignant, and include electrifying and powerful riffs.

But don’t count out the experiments. The album leading Come of Age is a wild foray into rapid wordplay speaking about the singer’s apathy for the world around. Setting a precedent for the rest of the album, vocalist Justin Young uses his voice in a variety of styles: in Come of Age it has all the smoky prophecy of Bob Dylan, in Teenage Icon he gives it a more poppy, energetic flavour while, finally, in Aftershave Ocean, what appears initially to be a 50s rock track turns unmistakably into a Beatles-inspired ballad, so pull out your mother and father’s dancing shoes for that one.

From then on, the album resonates with some strong punkish songs; for hardcore fans of the genre, Bad Mood will probably strike a chord, although the less daring Change of Heart pt. 2 does come across somewhat laboured, and the album could stand without it.

However, all is redeemed by the finale Lonely World, with a fantastic mix of lazy, sexy guitar and Young’s mournful voice: resentfully telling the listener it’s “a lonely world”. It’s clear why praise has been showered on this band in only two short years of tracks and tours. Take this song into your room, lock your door, and enjoy.

Preorder Come of Age on iTunes