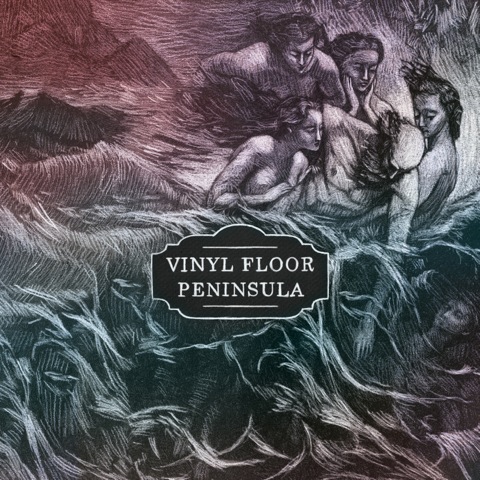 Vinyl Floor, a four-piece rock outfit from Copenhagen, have released this concept album accompanied by some truly delightful packaging. With intricate, eye-catching, Victorian themed paintings, along with the full text of the lyrics, Peninsula looks good. But what about it’s sound? 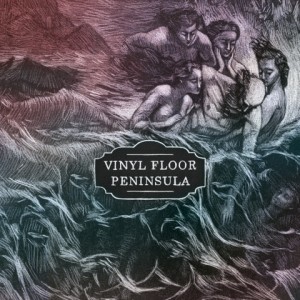 This is the relatively low-key band’s second release and it is certainly worth checking out for all those who have a love for progressive rock. With soaring, symphonic strings to accompany the band from the start, we can feel that this is no ordinary rock album. From listening, you can tell that the band has drawn influences from Queen – especially their own concept album Queen II. Peninsula sounds a lot like a rock opera, and the fact that it has a central theme running through – utopia versus dystopia – makes it all the more fitting.

The album opens with Frames and Orchids (Welcome to Utopia), an uplifting, instrumental intro that builds up slowly to then reveal the bands love for hard rock riffs. We are then led into Ghosts of England, a piano rock driven track that is very Queen-esque yet still unique. It is also a surprise to hear the lead singer Thomas Charlie Pederson’s voice, it is remarkably catchy yet still retains classiness.

The modulation between major and minor keys is perfectly apt for the concept of the album – particularly on Diverging Paths, a melancholy, optimistic ballad with difficult-to-interpret lyrics. Tracks such as What Lies Ahead and Force You Through draw influence from American rock, with much heavier guitar-playing and catchier choruses and hooks.

Vinyl Floor close with the peaceful Frozen Moon, singing “let me guide you to the land of Utopia”, showing that there is light at the end of the tunnel for the listeners. The album itself is a journey, a musically ambitious one at that, and should be taken by those brave enough to venture into the modern world of European progressive rock music.

The making of the album can be seen here: