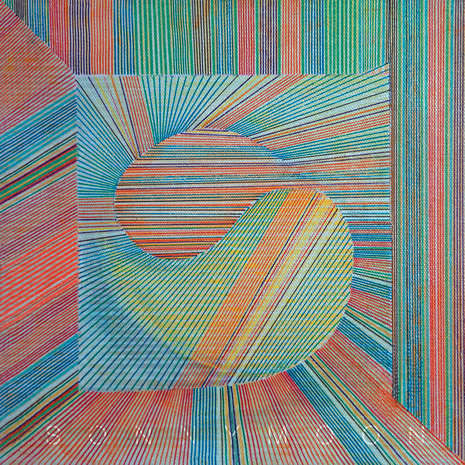 The description on Sonnymoon’s website as not a band but a “mystical, nurturing, peaceful planet” intent on spreading “vibrational frequency,” creating a “vastly expanded collective consciousness,” may put some potential listeners off. And that isn’t always great for newly-emerged electronica bands. However, hocus-pocus, cosmic jargonised essays aside, from listening to their self-titled debut, it seems that Sonnymoon are to be taken very seriously. 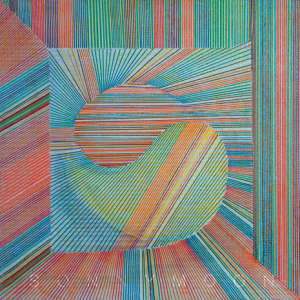 The abstract, unpredictable key changes, sedating synths and relaxed R&B vocals of Anna Wise cause the listener to have a borderline out-of-body experience. Strange, echoing percussion – which sounds like it was recorded in a forest (not one on this plant) – reverb and a constant dependence on bass allows this delightful duo to really take control of the listener’s senses and take them to another dimension.

Beginning the trip with Wild Rumpus, Sonnymoon combine distorted, incomprehensible whispers and screams with fuzzy percussion and playful, spacey keyboard riffs. One may be reminded of the impressive combination of Bjork’s dreaminess and confidence when listening to singer Anna Wise’s vocals. The work of Dane Orr, the other half of the duo, is quite frankly pretty hard to compare to anything else. Take ∞, for example, which features a sitar – and then listen to Kali, which combines jazz drumming with soulful singing and high-pitched digital synth modulation. Sonnymoon are able to retain their originality and also use a variety of influences – whether it is traditional soul singing, the use of steel pans or even neo-psychedelia.

This debut proves that they are capable of diversity. Listen to Flit Fleet Float where vintage Nintendo sounds clash with clicky drumming and a funky bass line. Then, halfway through, Anna’s voice turns to panicky shouts as if she is trying to escape the malevolent transition of what sounds like an unwanted K-hole. The listener is then returned to the out-of-space solace of her ever-so-smooth, alien voice. The most impressive track is the peaceful Nothing Thought, with relaxed, piano chords, a poignant bass line and tear-jerking, trippy vocals (if that’s even possible to imagine). The bouncy Every Summer Night even fits a club environment. Don’t worry though, the sound from beginning to end of the record never loses it novelty. Check it out for a truly intergalactic expedition.

Sonnymoon’s self-titled debut is officially released on the 17th September, but they have been super-nice and given a full stream of it here.

Watch the video for Nothing Thought here: