Thavius Beck – The Most Beautiful Ugly 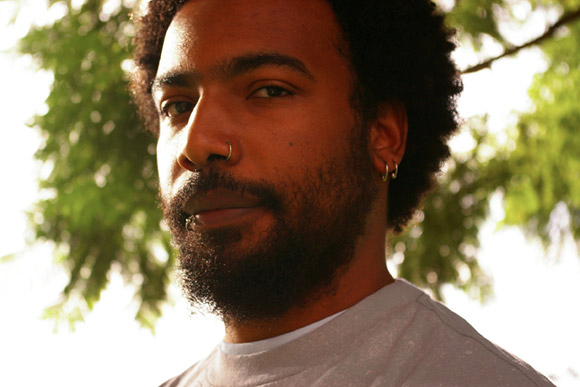 It is always records where an artist is dead set on doing something different that are particularly impressive in the hip-hop community. It is even more impressive when that different sound comes naturally and isn’t forced (unlike Nicki Minaj, for example). Thavius Beck is one of those rare artists. An alternative hip-hop LA-based producer, signed to the same label as the currently hugely acclaimed Flying Lotus, his new album gives an insight into an unchallenged, withdrawn and unique mind of someone unafraid of putting out exactly what he feels to produce. Thavius Beck is a slightly illusive figure. He is hidden from the spotlight, though he has remixed for the likes of music heavy-weights Nine Inch Nails and Nas, and has also collaborated with Saul Williams. He started off in the obscure, underground West-Coast collective, Global Phlowtations back in the 90s. He has a notably large discography – both under his current name and an alias, Adlib. Like his previous work, The Most Beautiful Ugly is an experimental, electronic take on hip-hop production. Think Flying Lotus, but not as trippy and more jazz influenced.

Opening with futuristic glitches, out-of-space sounds and what sounds like vocal snippets from sci-fi movies, the intro (Eye of the Beholder) prepares you for the extra-terrestrial listen you are about to undertake. It is fairly friendly for both the traditional fans of hip-hop and those who like something very out of the ordinary, however. Throughout this instrumental album, Thavius Beck combines jazz trumpets with conventional drumming – and very unconventional drumming, throwing in lounge music samples and super chilled out hooks: Labward Bound and Abv. Then there are club orientated bangers that still remain hyper-outlandish: Feel Me/Fear Me, for example, with its recognisable, slowed down vocal sample and end-of-the world, introspective, slow melody. Terror Byte contains another vocal sample and simple riff with funky high-pitched synths, though it is still loud and clubby compared to other tracks. Thavius Beck successfully goes from chilled to charred throughout the album yet still keeps his incredibly modern, ambitious sound.

The whole album is best imagined as J Dilla on a space odyssey. But imagining things isn’t good enough, so have a listen for yourself below.

The Most Beautiful Ugly is out now on Plug Research Records.

Listen to Feel Me/Fear Me here