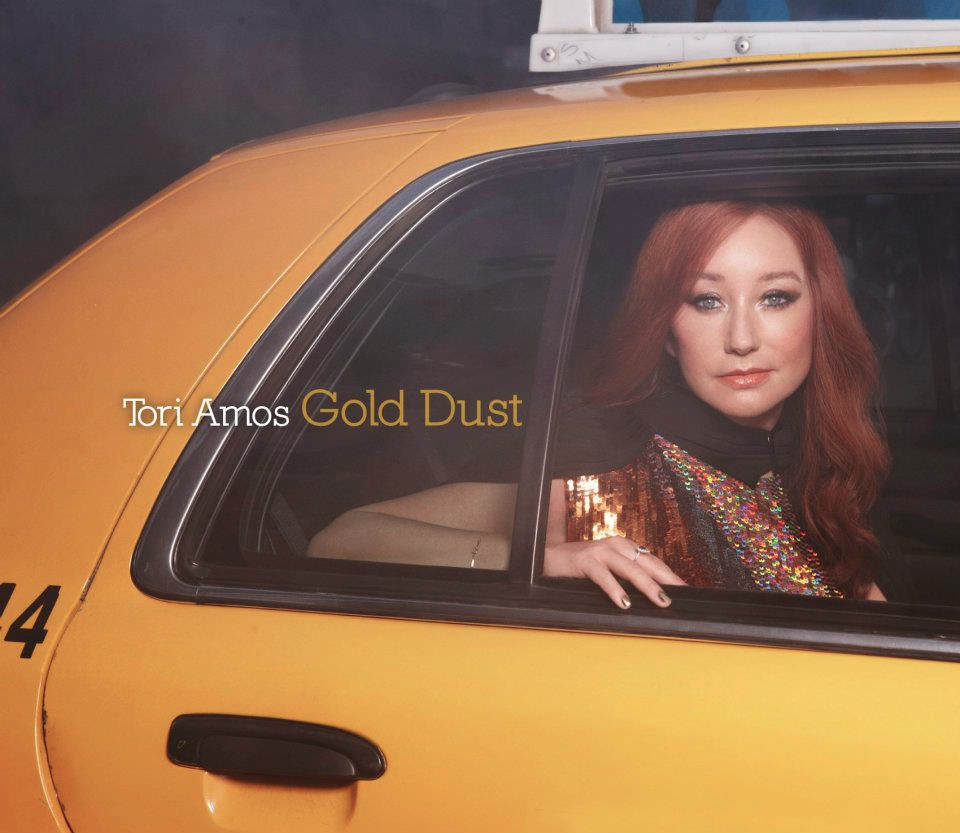 Only a year after her last studio effort, Night of Hunters, Tori Amos has returned with her thirteenth album, Gold Dust. It is a simple but gorgeously delicate reworking of her most powerful ballads from Little Earthquakes (1992), Under The Pink (1994) and Midwinter Graces (2009), to name but a few, and works from her impressively prolific catalogue. Amos has recorded the album with the massive Dutch Metropole Orchestra, who accompanied her in a concert back in 2010 in Amsterdam. The result has lovely strings and orchestral percussion added to make her familiar pieces sound like live, grandiose, performances. As followers will know, her previous album was composed entirely of classical instrumental pieces. Amos has returned to her forte by using her orthodox musical training to transform songs with the Metropole Orchestra into something that may reach a wider audience and fits an even more serene environment than what was  previously heard. Take the opening track for example, Flavor. Originally on 2009’s Abnormally Attracted to Sin, it was changed from a gentle, electronic, piano trip-hop piece to a gentle, orchestral, harp-orientated piece. The changes are subtle in the album; Amos does not go massively overboard with the symphonies and retains the originality of the past songs. But the changes will please an audience who may be more attracted to the particular talents that established her in the first place.

Star of Wonder, a folk-fusion track featured on Midwinter Graces is transformed to something slightly more basic and string-orientated as well. Still keeping the catchy rhythms and powerful chorus, this song is a perfect example of what Amos has attempted to do successfully on this record, and make her songs fit the first orchestral performance that was obviously so successful back in 2010.

Amos wants to return to her roots on this album and exhibit her proficiency as a classical musician. It is not anything hugely new, but for those who want to hear her music reinvented into a more sophisticated, conventional style, this album is for you.

To purchase the album or for further information visit the official website.

Listen to Star Of Wonder here: