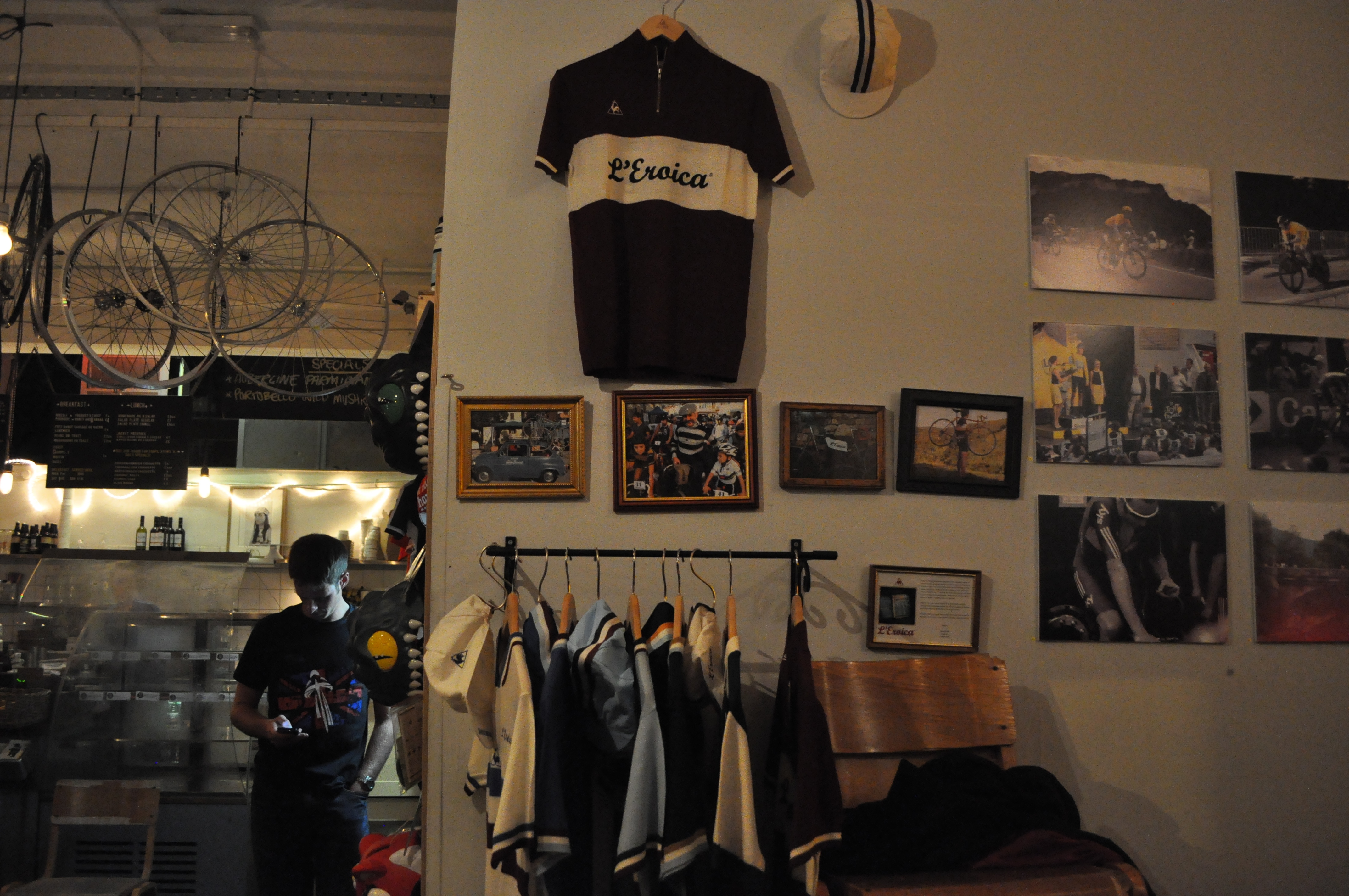 At the café-bar Look Mum No Hands!, until the 11th of October, freelance web-designer and part-time photographer David R’Germain will be showcasing his romantic images of the Tour de France – À Bloc Bradley (a bicycling term meaning – “go for it Bradley!). The photos are a mixed bag – French men peaceably perusing a seashore boulevard, Cavendish celebrating after his final stage win and, would you believe it, the odd bike now and again. The exhibition was an accident of sorts – David was asked by the gallery, with whom he has some connections, if he wanted to showcase a collection that he made as he cycled and caravanned after the 10,000 strong bicycle flock. Because of this lack of interest in a product or goal for his work, there is a profound personal touch to the exhibit, and made much more intriguing when one hears the story behind the project as a whole, or indeed for each individual photo. David, before friends and those stumbling upon the exhibit, fondly recounts these stories. The Cavendish winner’s landscape took hours, and a number of appeals to security, to obtain that one, very iconic shot (with all the sentimental paraphernalia that comes with it). The French gentlemen seen in one photo, in fact, pressed him into eating and drinking with them, allowing him to become a part of the excitement of the Tour. During his time in France, David recalls, there is such a wild, patriotic enthusiasm for the Tour that he couldn’t find in England.

The exhibition is impressive not simply for its background and appearance, but also the logistics of such a project are impressive. Taking a month off from work, David assumed a caravan-based, roaming lifestyle before catching the trail of the Tour de France, and then, unnervingly hot on their trails, pursued them. And that isn’t easy, to maintain proximity to the racers takes getting up at 6am and earlier, and either cycling and driving through until dusk and beyond- how the athletes themselves manage this feat is anyone’s guess, and is something to be admired.

David recounts all these experiences with a humble, personal satisfaction: the historical importance of these races, especially to Britain, add a touch of the fantastical to his pieces. It is well worth the evening to go down to Look Mum No Hands! and experience the Tour de France through the eyes of an avid fan and lover of this sport and sporting event.

For further information or to book tickets visit here.