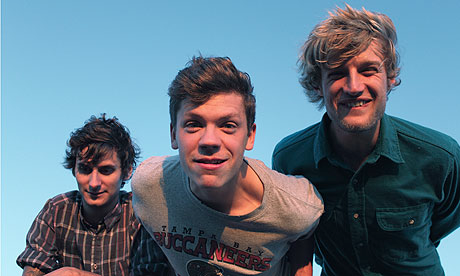 Launching their new album on Monday night at a busier than usual Rough Trade East, Tall Ships showed that their debut album, Everything Touching has a lot to offer, and like their previous EP it shows that for such a remarkably humble band they have an impressive knack of spreading infectious energy. 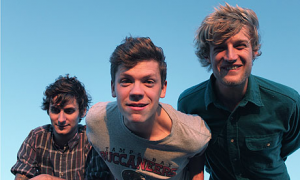 Opening with the first song off of the album, T=0, Tall Ships were immediately on good form. With a sound so clean it spread around the small record store as if it was being played outside, you can easily recognise that they are an extremely well rehearsed band. Labelled as Math Rock – something the lead singer, Ric Phethean dislikes because the band play “just pop music”, there is no disputing that the band has an incredibly experimental, unconventional, yet beautifully accessible feel about them. Like on their wonderfully constructed EP, There is Nothing But Chemistry Here, the album features lengthy instrumentals with vocals not always making up a significant part of the songs. They rely heavily on sweet high-pitched guitar melodies, the use of pedals and a keyboard for subtle effects. 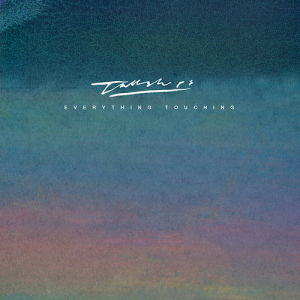 On Monday night they played quite a short set, with sadly no songs from their EP. This did not let them down however. For a band that plays such complex and virtuosic rock, they remained super calm throughout the set. With heavy, overpowering drums and a thrashy guitar on the mostly instrumental Best Ever and smooth, poignant vocals on Phosphorescence, Tall Ships held it together – as if they were in the studio and rarely interrupted the set, which is always characteristic of a band that is far more focused on their music than their demeanour (always nice to come across).

The Upcoming asked Ric Phethean after the set how they managed to hold it together so well and he replied that playing in such a small, interactive venue is far more nerve-wracking than bigger sets. He even had the audacity to mention that it wasn’t a particularly good performance and he really wasn’t happy with it. Tall Ships are a rarity, they maintain an air of modesty while performing excessively touching and unusual pop songs. Let’s just hope they keep this attitude and continue to play such mesmerising sets that retain the elegant sound heard on their records.

For further information, a free stream of the album and a chance to purchase it visit their official website here.

Watch the trailer for T=0 here: