The New Union, live at The Hoxton Square Bar and Kitchen 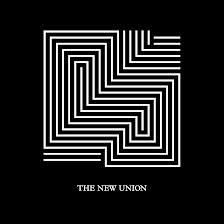 The New Union, live at The Hoxton Square Bar and Kitchen | Live review

Brighton boys The New Union gave a very promising performance at The Hoxton Square Bar and Kitchen last night. With the boyish charm and subtle cockiness that flowed through their fast-paced set, this quintessentially English band screams youthfulness.

The band played a generous amount of songs, a collection of catchy tunes that are yet be found online. Opening with a loud first song, The New Union radiated energy throughout and did not once lose the vigour and neatness that has made them such a worthwhile group to look out for. Home, the B-side from their newly released single, sounded great live. It is a track that oozed calmness, despite loud drumming and a transition from gentle guitar to something a lot heavier. This song is particularly attractive, and it sums up the band: catchy, confident and charismatic.

Bold throughout, the boys proved that they have got a lot to offer, and that they are not just another generic indie band readily churning out cheap resemblances of other groups’ songs. The lead singer’s voice has a distinctively adolescent sound, and they are apt at switching from mellowness to hard rock. Although they are a guitar-based band, their well-judged use of the keyboard added to the energy of the set. The song Let’s Talk featured a very appealing riff, one that will certainly stick with listeners, along with the repeated lyric “let’s talk about love”.  Smoothness was also an important characteristic of their playing: little jingles on the keys accompanied the change to the lead singer’s high-pitched tone, contrasting with the aggressive jamming sometimes heard on their other songs, and a bass that could literally be felt at times.

Before the show the bassist appeared somewhat nervous, yet the band held it together throughout, especially on their newly released single, Without You, which had the crowd singing the swimming guitar melody.

This was a high-speed set that left a lasting impression: The New Union are certainly one to watch.

Without You is out now on Two Sisters Records

Check out their Facebook and listen to their music here on their Soundcloud page.