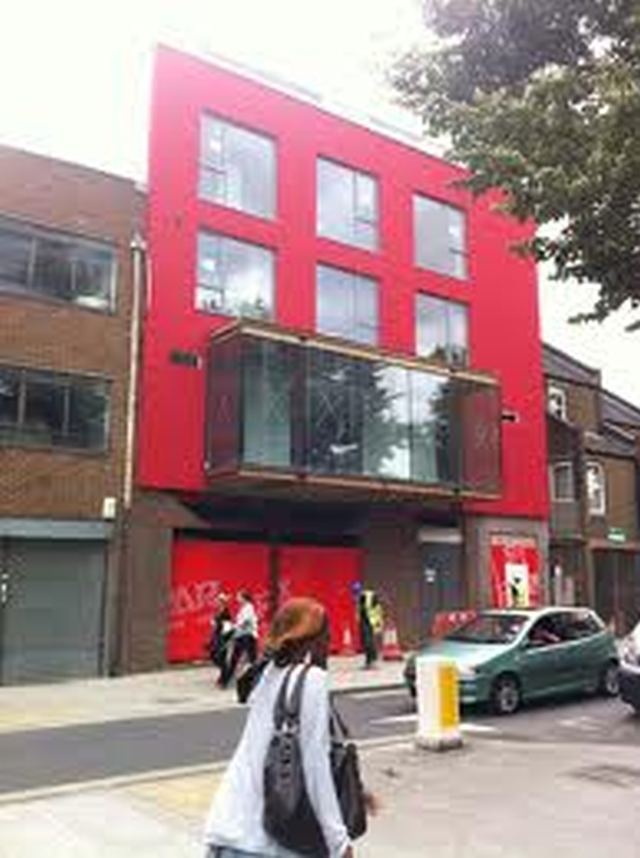 Rarely has a tour of a building site been so thrilling. The bare bones of a new theatre venue for London are now in place, soon to be fleshed out with fixtures and fittings, and within weeks of announcing its opening later in 2013. 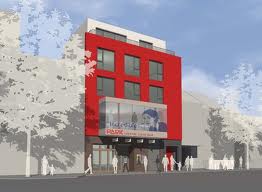 Theatre director Jez Bond searched for years for the right building and location to fulfil his dream of creating a new space in an area of London without a theatre. With a background in both directing and production, Bond has worked over the last three years with David Hughes Architects to glean best practice from other theatres, and avoid clichés. Everything has been thought through afresh, and Park Theatre will doubtless become a favoured venue for directors, performers and audiences.

With flexibility built in, the narrow front leads back to reveal a miracle of logistics. There are two auditoriums, bars, exhibition spaces, rehearsal and project rooms. Unusually for a theatre, natural light can flow through to the stage, and for visitors, glass walls provide views at every level. 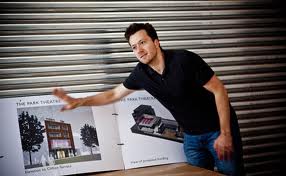 The programme is still to be announced, but Park Theatre has been built around an ambitious artistic vision and is primed to play classics through to experimental new writing. Enthusiasm for the project has been infectious, and has gathered an army of supporters from the arts with many famous actors helping out. The venue is not funded by the Arts Council or any other body and while it’s a remarkable Grand Design to set it up at all, it’s all the more impressive to declare artistic independence.

The Finsbury Park to Crouch End area is one of those parts of London where many actors and creative people live, and yet has long been strangely sparse in cultural venues. Within sight of the tube station, the theatre could hardly be more accessible to local and wider London audiences, and is a welcome incomer to the area.

The Park Theatre site is adjacent to John Jones framers who are also currently in redevelopment. Their new Arts Building will house studios, galleries and project spaces, putting this one little street in Finsbury Park on the cultural map of London.