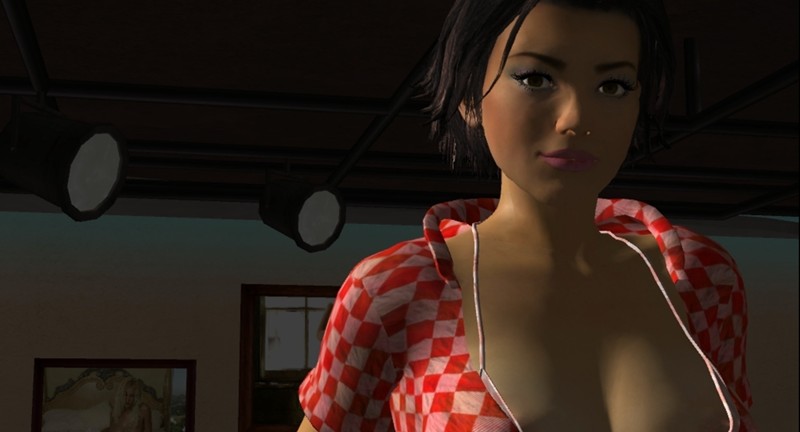 Writer/director Paul Bush presents Babeldom, his first feature-length film, which reflects on modern life, the contemporaneity of the past and the present, and our shifting understanding of all three, through a fictional half-realised vision of a futuristic mega-city. Its primary source of narrative comes in the shape of voiceovers (paired with a diverse spectrum of visuals) from a total cast of four: man, woman, future man, and future woman.

There are live establishing shots of various cities, with both historical and modern architecture, that are either meant to terrify you – abandoned corridors and windows presented in a way that wouldn’t be out of place in a David Lynch film – or dazzle you, with purposefully framed lingering shots of endless tunnels and caves, looming skyscrapers, and corkscrew stairwells. Bush lets the camera gaze accentuate the sublimity of the various edifices. It’s disorientating, and proves subtly arresting.

Then there are peculiar animated visuals, such as a ship sailing through space before exploding into pixilated shards, or humans aimlessly walking through half-constructed buildings, like a hellish version of Sim City. Finally, there is some truly bizarre footage, sourced from places such as the Department of Aeronautics, the London School of Nanotechnology, and the Centre for Mathematic and Computer Science. There’s a complexity and exoticism to these images that words alone could never accurately or coherently capture. Quite simply, you’ll have to see them for yourself.

But with this array of images Bush is able to create a perplexing and kaleidoscopic experience to match the ambitious nature of the film’s esoteric narration and message. Various academic fields are intertwined, from philosophical stances about how humans live (“rising to an identical day to the one they’ve just abandoned”) to mathematics and science (it uses the law of thermodynamics to explain nostalgia: “wisdom is entropy”).

It will be dismissed by some, and relished by others. But for sure, you won’t see anything else like it.

Babeldom was released on 8th March 2013 and is in selected cinemas now.

Watch the trailer for Babeldom here: