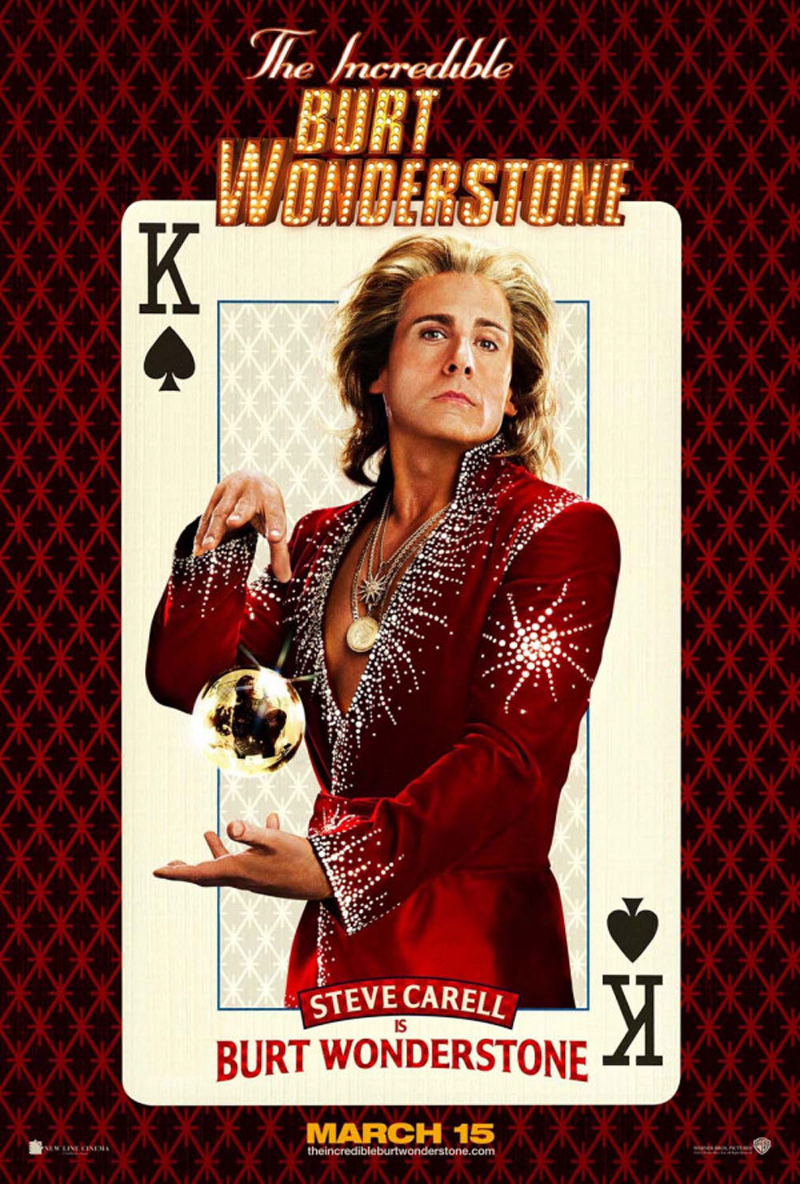 All too often the over-saturated film industry churns out stories in which protagonists are hell-bent on destroying their own lives, only to have to rebuild them. Small-screen veteran Don Scardino’s The Incredible Burt Wonderstone runs on exactly that formula: protagonists unable to cope with heady fame. The film follows Steve Carell and Steve Buscemi as the two magicians Burt Wonderstone and Anton Mervelton as they attempt to overcome their overbearing sense of failure to strike awe and wonder into the hearts of their audiences once again – not as easy as it sounds!

In front of their audiences Burt and Anton are great friends, but behind closed doors they can’t bear each other, their relationship paralleled with a dysfunctional marriage. Aton suffers throughout at the hands of Burt’s over-inflated ego, the overdeveloped result of his bullied youth. Their love of magic is dying and their audiences diminishing; there is also a new rival in town in the form of Steve ”The Brain Rapist” Gray (Jim Carrey), a competitive showman unlike anyone the Las Vegas Strip has seen for years.

The collective Steves (both actors and characters) are the real magic in The Incredible Burt Wonderstone – everything else falls flat: the story is predictable, full of coincidences, and the characters stereotyped. Yes there is a girl, yes she is beautiful, and yes she does fall in love: Jane (Olivia Wilde) does very little to spice up the story and ends up feeling clichéd. Jim Carrey’s character is totally outrageous: burning, gouging and cutting his way into the hearts of a cult-audience, providing plenty of squeamish and utterly barbaric moments which ultimately give this film its one and only edge.

Storylines focusing on finding oneself have become rote, just as magic has for Burt and Anton. The final series of events are amusing, but overall the film is lacklustre and will only be funny on the first viewing. It is an entertaining one hundred minutes but unfortunately for Scardino, it really is only a one-time Wonderstone.

The Incredible Burt Wonderstone is released in UK cinemas on 15th March 2013.

Watch the trailer for The Incredible Burt Wonderstone here: