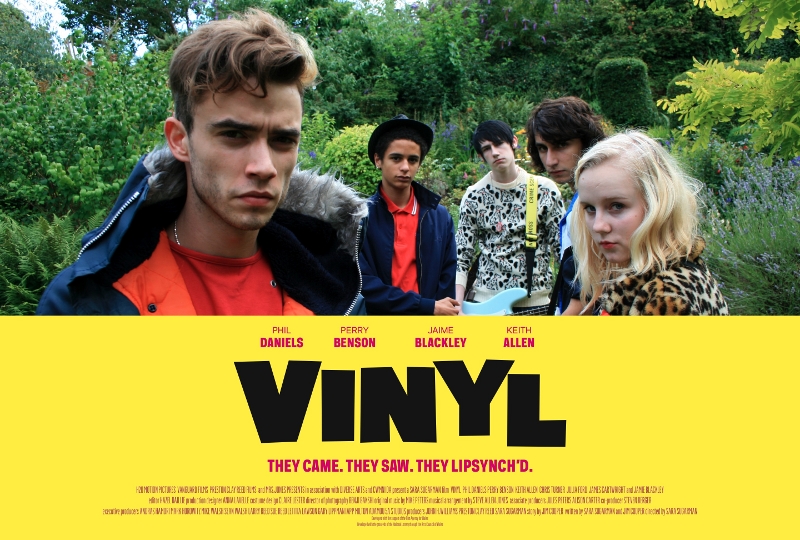 Vinyl could not have been directed by anyone other than Welsh actress/director Sara Sugarman. Based on the real-life endeavour of Welsh punk band The Alarm (who Sugarman grew up with), the film follows them as they try to con the profoundly authoritarian music and press. Sugarman’s deep-set understanding of the characters and plot coat every scene in cinematic sincerity, creating a visceral and unfeigned film. Phil Daniel’s performance is rich in brawny charm, incorporating his real-life experience in bands (and famously 1979’s Quadrophenia) into his role as Johnny Jones, an ageing rockstar clinging to the fame and glory of his debauched youth. Drunken nostalgia leads his old punk-rock band to write a new song, Free Rock and Roll that is rejected by radio stations.

The bountiful ageism and blood-curdling bias found in the music industry is dealt with head-on, creating slap-stick laughs and witty references, thanks to British screen stalwarts Keith Allen and Perry Benson, who help to make the film more accessible. Desperation forces the men to create a faux band comprised of limelight hungry trendy teens designed to mime singles and spearhead their way into the charts in a world where your career is dead at thirty. Fronting the band is burgeoning actor Jamie Blackley who plays the peacock punk to a T. Blackley carries the plotlines well, formulating engaging onstage camaraderie with Daniel’s character.

Not quite as slick as the title suggests, Vinyl falls into some clichéd, repetitious loops and predictable plot twists, but the raw unpretentious attitude of the film, along with a spirited score, stop it from being dank and saturated. This is a fun flick that won’t make you want to change the record.

Watch the trailer for Vinyl here: