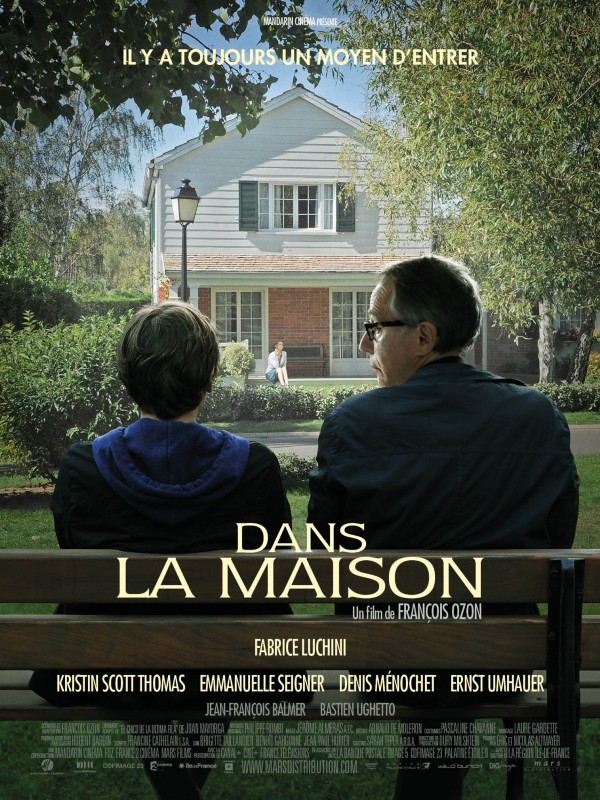 In the House | Movie review

Although it seems a shame to advocate against reading, the general consensus on films based on books never seems to be positive. Either the film fails because one’s imagination conjures illusions which clash with the film’s character-casting, or because a book’s extensive description and narrative will unintentionally ruin any suspense the film intends to create.  Testing this assumption is director François Ozon’s latest adaptation, In the House (original title Dans la Maison) – a story loosely taken from playwright Juan Mayorga’s The Boy in the Last Row. With this review coming from the perspective of a viewer who did not know the story, In the House is an intricate, seductive film about a failed novelist Germain (Fabrice Luchini) becoming a school teacher and his journey into unknown territory through the eyes of his “last row” student, Claude Garcia (Ernst Umhauer). Claude delivers his first assignment, handwritten, to his literature teacher Germain – a piece of writing so extraordinary that it captures Germain’s interest immediately, catapulting him head-first into a dangerous spiral of obsession. The content of Claude’s work is a detailed account of a visit to his classmate’s house.

As the story peruses through the life of the Artoles, with his boyish charm, Claude weasels his way deeper into the affections of Rapha Junior’s family.  With Germain’s encouragement, Claude continues to visit the Artole’s house, developing and divulging the secrets he learns through the literature he writes for the entertainment of his teacher and Jeanne (an excellently cast Kristin Scott Thomas – Salmon Fishing in the Yemen, Four Weddings and a Funeral), Germain’s artistic wife.

This French film ticks all the boxes of a good watch. Suspenseful, funny, full of seduction, In the House brings it all to the big screen. Whether or not the film sticks to the original story, if it spoils the audience’s perceptions of characters, is entirely dependent on whether one knows the storyline before watching the film.

For the most part, this film is straightforward, and despite the language barrier and subtitles, it is easy to immediately grasp the plot.  However, the film’s only downfall is its impatience towards a climax, bringing its complexity to completion with an unexpected ending, which leaves the audience behind a little. Perhaps that would have been the benefit of having read the book first?

In the House is released in selected cinemas on 29th March 2013.

Watch the trailer for In the House here