Billy at The Union 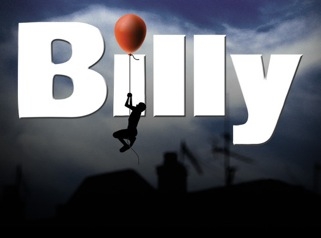 Billy at The Union | Theatre review

Set over one day in Yorkshire in 1960, Billy is a revival of the 1974 production. It is based on Keith Waterhouse and Willie Halls’ play Billy Liar, but with added musical flair and pomp. The story is set on Saturday 7th May 1960 and follows the misadventures of an undertaker’s assistant and professional daydreamer by the name of Billy Fisher. Billy longs to ship himself to London to become a scriptwriter and leave his humdrum life behind. Converse to his own feelings, his life cannot be described in any way as humdrum or boring. Billy is juggling three fiancés – the ambitious Liz, the tough Rita and the homemaker Barbara – via an intricate web of half-formed, doomed to fail and downright illogical lies, which are all tied to his persistent dream to move out of the country and towards the metropolitan lights.

Written by Dick Clement and Ian La Frenais (The Likely Lads, Auf Weidersehen Pet and Porridge), the musical features music by John Barry (Born Free, Out of Africa and numerous James Bond films such as Diamonds Are Forever and Goldfinger) and lyrics by Don Black (Sunset Boulevard, Aspects of Love, as well as multiple James Bond lyrics). Michael Strassen handled the direction expertly: each song expressed the right tonality for the scene and furthered the plot’s progression. With some exciting moments of on stage frivolity, there is a lot of entertainment to be gleaned from this dark and witty script.

Keith Ramsey never once left the stage. He is a tour de force: his bouncing, energetic and borderline manic performance was cheeky in all the right places, while womanising and dishonest in the rest. Ramsay kept the performance afloat and alive while the mini orchestra sealed the deal, giving this production its soul and making it a wonderful experience for all.

Billy is on at the Union Theatre until 29th June 2013. For more information and to book, visit here.