Brainiac Live! at the Palace 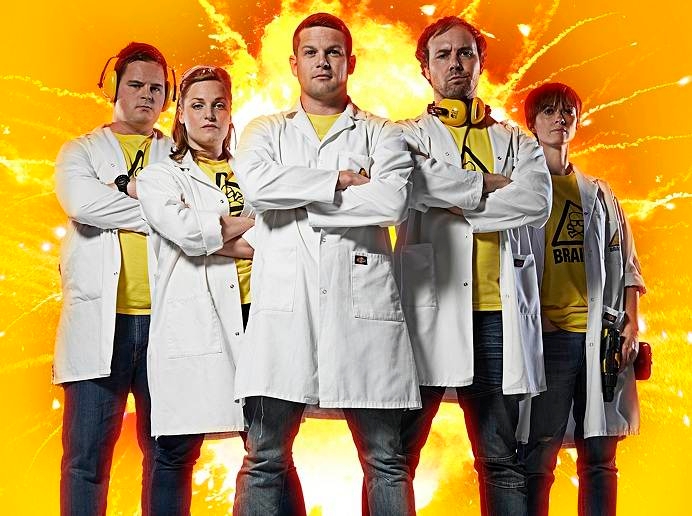 Brainiac: Science Abuse ran from 2003 to 2008 on Sky One and featured various guest presenters or “brainiacs” who challenged common scientific misconceptions in experiments that were loosely centred around chemistry, physics and biology. Each episode featured exciting tasks, lots of explosions, and usually the destruction of a caravan! The Palace Theatre on Shaftesbury Avenue hosts Brainiac Live!. This immersive live show encourages full audience participation – whether it’s clapping, countdowns or booing. Brainiac Live! is a natural extension of the TV show, and the children and adults in the theatre are cheering along in no time.

Billed early as “the show that farts in the sleeping bag of science”, it becomes apparent that the brainiacs behind the show have been mindful of the adults accompanying the children. There are jokes aplenty for grown-ups through the experiments, dropped casually throughout so not to alienate the little ones, but leaving the older crowd smirking.

Now, here’s the science bit. Experiments include the painful “things you can run through“ during which wallpaper and plasterboard are conquered but netting proves too much of a tangle. “Misheard lyrics”, a PG version of Peter Kay’s live sketch, keeps the audience amused between set changes and it turns out that the best way to spin an office chair is with two small rockets and a Harrier jump jet seatbelt!

Brainiac Live! is jam-packed into an hour of wacky fun for kids with a few sly jokes for the adults. It’s the kind of stuff that everyone wants to try and home but knows they shouldn’t. With a slew of high-octane experiments and the soundtrack to match, it will delight children whilst keeping adults similarly entertained.

Brainiac Live! is on at the Palace Theatre until 17th August 2013, for further information or to book visit here.