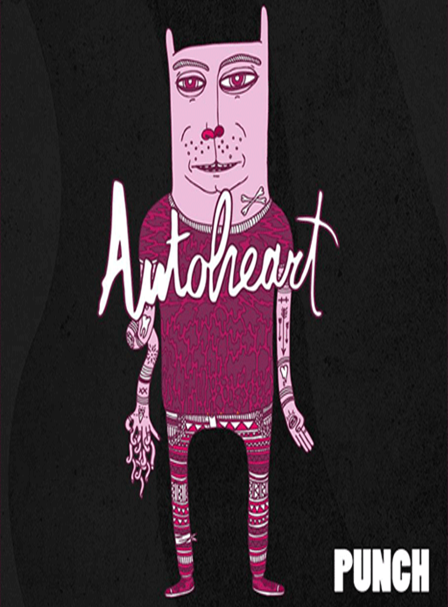 Autoheart are a four piece indie-pop outfit from London, and Punch is their first album. Control was released as the first single from the album in November last year and since then there has been an increasing buzz around the band that started life as The Gadsdens. After releasing debut single The Sailor Song in 2009, The Gadsdens were championed by radio DJs, critics and magazines such as Q for their “exquisite, outsider pop” (MTV). These early adopters will be waiting to hear if the music released under the new moniker rivals their earlier material. It’s a pop assault from the outset: Anniversary is the love child of Panic! At The Disco and Mika while Factories is a more mature sound where the band showcases the range of Jody Gadsden’s lead vocal. This exploration of range gets a bit tedious on Agoraphobia, and the juxtaposition with the jingoistic Lent leaves you feeling that the album lacks focus. There are moments of beauty – Hungover in the City of Dust could be mistaken for the keys and vocal grace of Antony and the Johnsons. Control has definite undertones of Coldplay, which is not surprising as Danton Supple, who produced X&Y, also produced Punch. Autoheart are strongest when they utilise soft guitars and gentle, dreamy melodies, and January is a dramatic and emotional highlight. Similarly, Heartbreaker closes the album with piano-led, raw, emotional lyrics.

Punch is an album of two conflicting sounds, with early noughties indie-pop conflicting with pseudo-American ballads. There are moments when it works, especially on slower tracks that exploit Gadsden’s lead vocal. On the whole though, the album sounds confused and the band seem to be trying out a variety of styles and genres, resulting in a difficult listen. However, fans of earlier material may enjoy this variety, and the band can’t be criticised for their ambition.

Watch the video for Moscow here: