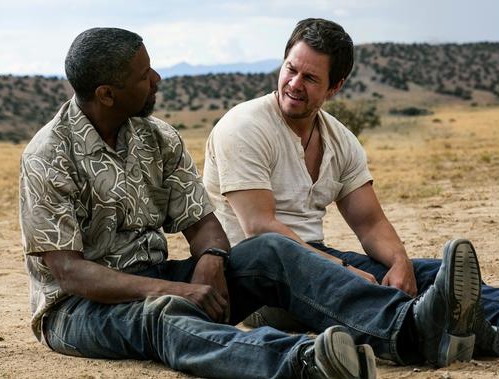 Steven Grant’s popular graphic novel 2 Guns comes blazing to life on the big screen in an adaptation penned by Blake Masters (Brotherhood) and directed by Baltasar Kormákur (Contraband). The film stars the magnetic duo Denzel Washington (Flight) and Mark Wahlberg (Ted) as criminal allies who, in the fallout of a mission gone awry, discover something they could never have guessed about one another: they are both undercover agents. While films like 48 Hrs and Lethal Weapon gave us typical good-cop/bad-cop duos, 2 Guns introduces two roguish and morally ambiguous heroes. This laugh-a-minute action comedy turns the classic buddy cop formula on its head. Though the Washington-Wahlberg chemistry commands the screen from start to finish, there are some notable performances from the supporting cast. Bill Paxton (Big Love) is wonderfully ominous as the villainous CIA agent, Earl. As James Marsden (27 Dresses) is perhaps best known for his romantic leading man roles, it is refreshing to see him playing the bad guy. He is suitably aloof and composed as the crooked naval intelligence commander, Quince.

Also co-starring is Paula Patton (Mission Impossible: Ghost Protocol) as Deb, Bobby’s fellow DEA agent, former girlfriend and current lover. While Patton delivers a perfectly fine performance, the “women in fridges” treatment of her character is slightly disappointing, especially in a movie of this calibre. Deb is the only female character of note, but seems to serve as nothing more than a contrived plot point for Bobby, and an opportunity for unnecessary shots of bare breasts and buttocks. This is an unfortunate downfall in a remarkably funny blockbuster.

Entertaining throughout, 2 Guns’ unique twist on the buddy-cop film affords non-stop fun. Denzel Washington and Mark Wahlberg gel together very naturally, and are highly watchable. Patton’s two-dimensional character aside, 2 Guns still has a lot to offer. With a great cast and sharp, witty writing, this is a must-watch for comedy fans and action lovers alike.

Watch the trailer for 2 Guns here: