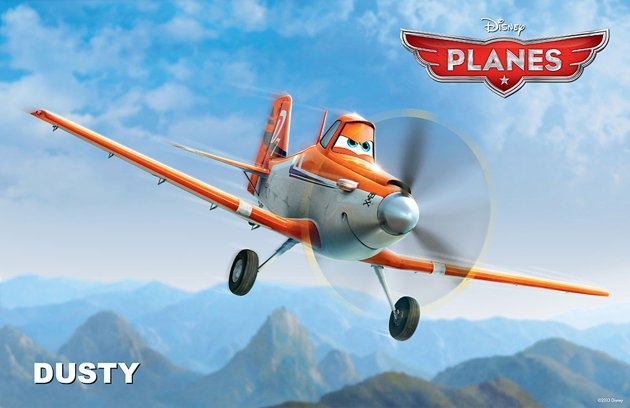 Disney’s Planes is a spin-off of Pixar’s 2006 box office hit Cars, however it feels more like a reincarnation of the previous franchise. Directed by Klay Hall and produced by Traci Balthazor-Flynn, the film is set in presumably the same alternate universe as Cars. There are no humans in the world, just cars and planes. This seems to work on a superficial level as long as you do not ask too many questions (How does a car wave a flag or operate a touch screen computer tablet? Something about it does not quite work).

As is to be expected, the animation is stunning and it is impressive how much emotion can be created from essentially the windscreen of an aeroplane. The characters are fine; some are quite funny, some are evil, but none are very clever or imaginative. There are lots of obvious stereotypes used to illustrate planes from around the globe including the British Bulldog voiced by John Cleese, Indian Ishani (Priyanka Chopra), French Rochelle (Julia Louis-Dreyfus) and Mexican El Chupacabra (Carlos Alazraqui).

The central character Dusty (Dane Cook) is a crop duster with dreams of becoming a racer. His friends Dottie (Teri Hatcher), Skipper (Stacy Keach) and Chug (Brad Garrett) come along for support. The villainous Ripslinger (Roger Craig Smith) and his followers try to sabotage Dusty’s success. Ultimately Dusty’s story captures the heart of the world.

The plot is simple and predictable, however this is good for younger children as it is easy to follow with not too many characters and lots of bright colours and action scenes to keep them entertained. It feels like the kind of film that could be easily turned into a video game.

A great movie to keep children entertained on a rainy summer holiday afternoon, but not much in it for parents.

Watch the trailer for Planes here: