Saucy Jack and the Space Vixens at Leicester Square 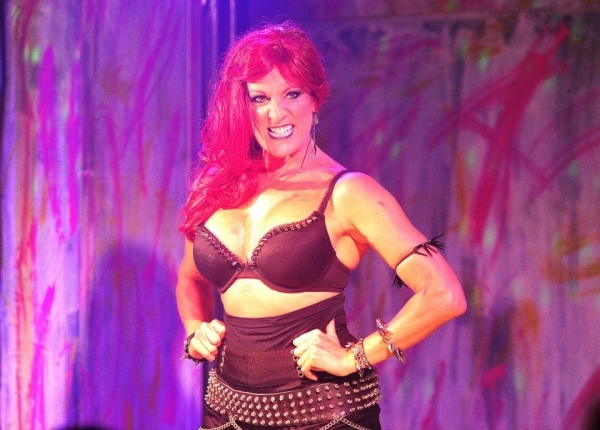 Likening Saucy Jack and the Space Vixens to The Rocky Horror Picture Show is pretty much a game of smoke and mirrors. As soon as you walk down the stairs that lead to the place designed to stage this musical, you feel at best a little puzzled: the tiny venue hosts a set that recalls a 70s discotheque, a cabaret show and a striptease club simultaneously. After witnessing this “cult sci-fi adventure”, you feel as though you’ve just been cast down a black hole and emerged in another universe. Disco balls and strobe lights may take you back to another era, but the costumes worn by the actors throw you into a parallel dimension. All that glitters (and there’s a lot of glitter!) isn’t gold because there’s no more space for transgression. All the allusions, mainly sexual, are no longer such as they have become overly explicit. Everything is too crude, given away for free without having to ask for it. Freedom is the common thread of the story – finding your way out of restrictions to finally be yourself.

On the planet Frottage III, a mysterious slingback killer is claiming more and more victims at Saucy Jack’s club. The lives of its stars are taken away while each one of them is struggling to make his or her (the confusion is appropriate) dreams come true. There’s Sammy Sax who hopes his talent will eventually be acknowledged, and Booby Shevalle who aims to be a Space Vixen. The Space Vixens have the power to make these dreams come true, but things, people and dirty secrets get in the way.

We see characters fighting for themselves and against each other and, if we strip them of their extravagant clothes and behaviours, we find that the themes are quite familiar: fame, love and so on. Some outfits are impressively flamboyant, but not reason enough to want to see the actors stripping them off. The cast are remarkably gifted in their singing and while they give good performances overall, the show could well have done without the songs. Whether you like it or not, Saucy Jack and the Space Vixens is undeniably hilarious – but unfortunately on the verge of ridiculous and, no prudery intended, far too outrageous to take all in one go. Pure trashy entertainment you can enjoy once in a while.

Saucy Jack and the Space Vixens is on at Leicester Square Theatre until 15th September 2013, for further information or to book visit here.

Watch a trailer for Saucy Jack and the Space Vixens here: