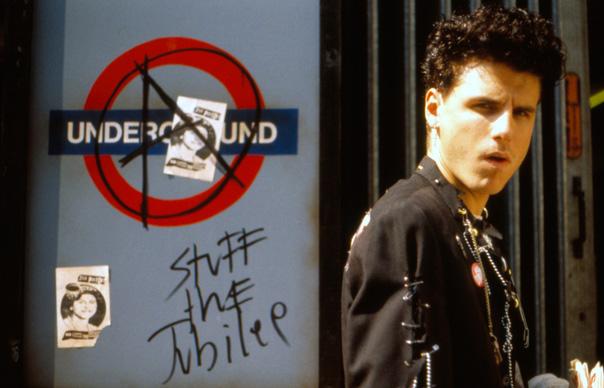 Showing at ACMI in Melbourne as part of the British Council of Australia’s GREAT Britain Arts ‘13 programme, this documentary by Julien Temple is an astonishing collection of footage chronicling London’s heady hotbed of human life since the Victorian era. Underpinned with London Calling, the film opens with strong imagery of London’s multiculturalism, a theme upon which it draws heavily as successive waves of immigrants begin often uneasy integrations into London life. Both the challenges and progress of cultural integration are balanced well, contextualised with old and new interview footage illustrating the enrichment of London’s society over time from a range of perspectives.

Structured linearly but interweaving modern and archive footage throughout, the documentary succeeds in demonstrating that while London is in constant flux, really the challenges are as they ever were. A punk soundtrack accompanies the suffragette footage (the anarchists of their day), while images of the 2005 terrorist bombings are interspersed with wartime images of bombed houses.

This isn’t a nostalgic film: it doesn’t portray London as an easy place to live, but as grim survival buoyed by optimism and a hunger for newness and cultural discovery. It’s a proud lament of the sometimes ugly glory of our spirited capital city, which, as one commentator muses, doesn’t feel part of the rest of England at all, rather a “vortex of human life” in its own right. Highlights include the section on 60s Soho, which is a fascinating and colourful insight into the social change of the day, while the star of the film is 106-year-old lifelong Londoner Hetty Bower, who recounts her extraordinary experience of the many changes London has seen in her lifetime with humour and energy.

While sometimes a difficult watch making London seem somewhat uninviting, the film is superbly edited and provides a fast-moving tour of the unique history of the city with a well-selected soundtrack. It is expansive in its reach, and really captures the diversity, the difficulty and the gritty greatness of London.

London: The Modern Babylon is on at ACMI until 10th August 2013, for further information or to book visit here.

Watch the trailer for London: The Modern Babylon here:

Keane at Live by the Lake | Live review
Edinburgh Fringe 2013: Our top picks