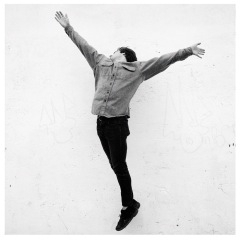 Money played a half hour set at Rough Trade East on 28th August. The Mancunian quartet describe their genre as “dystopian choral”. The rest of the world would know it as ambient-pop. As you’d expect, there’s a lot of echo and tremolo-driven instruments playing very dreamlike, melodic songs that tend to last a while. It’s not a genre that covers a lot of new ground, simply because a large amount of this sort of music seems to presuppose that you’re stoned and haven’t graduated past being overly fascinated by lava lamps. The result is often uninspiring. While Money did seem to go on the same assumptions, they have made inroads into more interesting places with some minor stylistic branching that could really be expanded on. Bluebell Fields was the only memorable song of the set, picking up part of the way through and mixing in some interesting electronic noises. Outside of this song, the rest blurred together in an echo-driven tide of desert-island beach tones.

The gig was beset by technical problems, but to their credit, they didn’t bat an eyelid and played on. The mic broke at the start of the last song, at which point front-man Jamie Lee got down off the stage and sang without. There was very little banter up until this point, but he was very friendly with the crowd at close range. The rest of the band was fairly static; the bassist faced the drummer and kept his back to the audience most of the time.

Money are like U2 on ketamine. The music relies on the echo and attempted-trippy effects, in the end turning out as generic as possible. The lyrics are filled with pseudo-philosophy and cliché. It’s a see-through attempt at depth that runs puddle-deep, bringing about ugly reminders of coffee shop hipsters. On the plus side, at Rough Trade East they demonstrated the potential of mixing ambient twanging with obscure electronic noises, digging out a bit of character in the process. Added to that, it was really good to see a band roll with the punches of gig mishaps and shrug it all off without pause.

For further information about Money and future events visit here.