Victoriana: The Art of Revival at the Guildhall 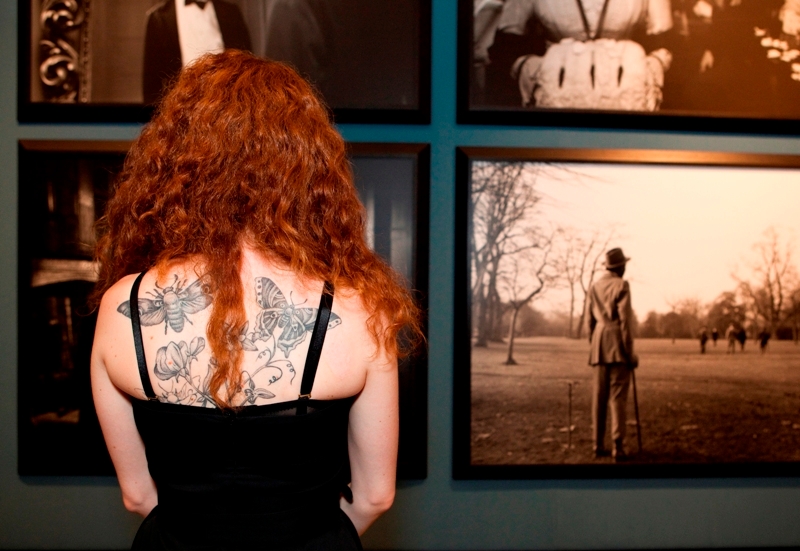 Victoriana: The Art of Revival at the Guildhall | Exhibition review

The Guildhall Art Gallery is best known for its fine collection of Victorian and London-based paintings, and doesn’t normally show contemporary art, but curator Sonia Solicari has put together an exhibition of current pieces that take their inspiration from all things Victorian. Each generation since the Victorians has had its own fascination with the era, and has reinvented and re-imagined it. There’s something about the overblown upholstery, eccentric inventions, the stifling conventions and social drama that makes anything imaginable. Currently the concept of Steampunk – a mixture of science and historical fiction – is a thriving subculture and is represented in the exhibition. Moustaches and tattoos: the Victorians got there first.

There are wonderfully eloquent pieces expressing the ambiguities of Victorian society. Tessa Farmer’s marble statue of a girl is a familiar expression of Victorian sentiment but, corrupted by hovering insects, it also speaks of the death-cult and plagues of disease of the time. Su Blackwell has suspended a shredded vintage dress, the cuttings from it taking form as butterflies – a dreamlike piece that references Victorian obsessions with the occult.

Yinka Shonibare has cast himself as the antihero Dorian in a series of photographic tableaux showing the progress of The Picture of Dorian Grey by Oscar Wilde. This is a remarkable set of stills presented as if from a film, with a mesmerising aesthetic looking like a true Victorian documentation of the rotting of a soul.

Although we are used to Skype and instant messaging, Paul St George manages to make it inexplicable that we can see and be seen by people in different rooms purely through devices. His use of ultraviolet and hidden technology brings a sense of wonder with Geistlich Tube.

Paula Rego has produced wonderful drawings in Victorian style, subverting Gothic novel characters from Jane Eyre. There’s a cake made out of hair, Shorn out of Wedlock by Jane Hoodless, evil-looking Devil Damask Flock Wallpaper by Timorous Beasties, and as many curiosities, horrors, hilarity, insights and sheer Victorian indulgence as one could hope for. The work by 30 artists, well-known and lesser known, includes pieces borrowed and specially made.

There are plenty of free galleries in London, so exhibitions you pay to see must be exceptional. Victoriana is a worthwhile investment as it will linger in the mind for a long time to come.

Victoriana: The Art of Revival is at the Guildhall Art Gallery from 7th September until 8th December 2013, for further information visit here. 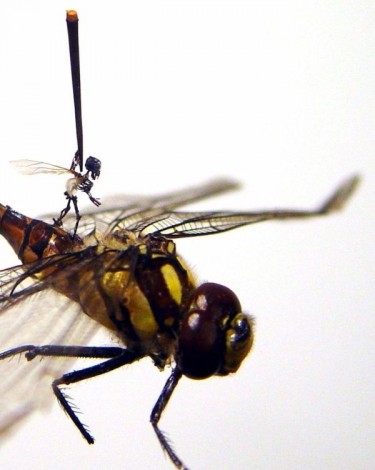 Detail from work by Tessa Farmer 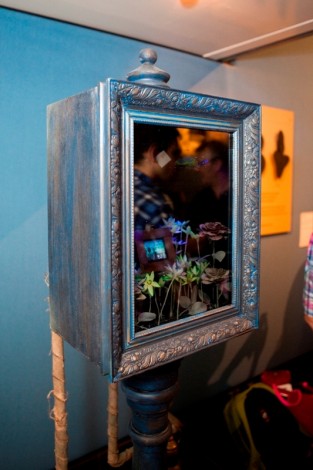 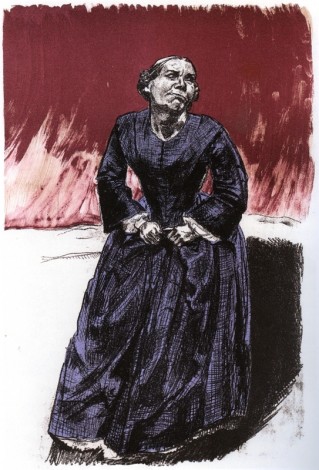 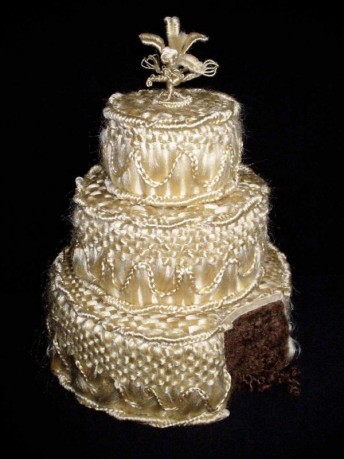 Jane Hoodless Shorn out of Wedlock (2012) 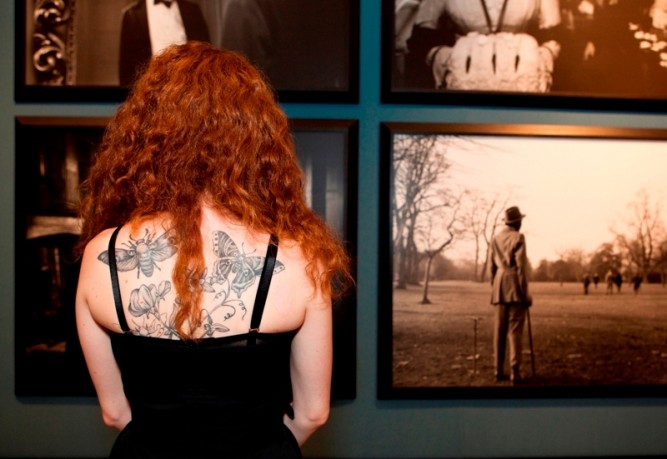