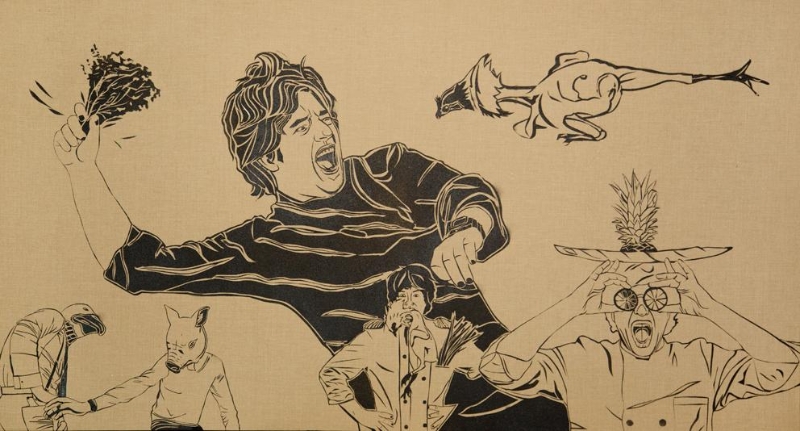 Paris-based artist Khaled Takreti is known for his fluidity in style, composition and focus. His constantly evolving work combines with a powerful statement reflecting the reality of what has occurred in his home country of Syria – this exhibition taking a marked step away from the bubblegum-saturated work of his last show, I Am a Teenager Again. 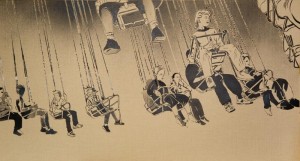 The exhibition lies tucked away behind a buzzer on the first floor of an easily missed building on New Bond Street, the anonymity of the setting combined with the subtly hued simplicity of his work lending an air of secrecy. The dissociated air of the gallery itself mirrors the feeling of disconnection that throngs throughout his work. Takreti is painting from his inner self and his past − any statement that is made through his work feels wholly incidental.

A statement, however, there most certainly is: Complete Freedom screams with the reality that freedom itself is an unattainable personal liberty. Immigration presents a droll, satirical glimpse of the nature of “freedom” that more liberated societies possess – the release of restrictions instead constraining a community with social strictures and more oppressions than ever before. A bitter thread of irony and jest runs through Takretis work – the incredulous “This is London?” stamped over this piece communicates a sardonic resignation to the fact that even if freedom may be apparent legally and environmentally, we are all constrained within social and personal tyranny.

The exhibition itself feels quite incomplete. Takreti refuses to provide interpretations for his work, and this lack of an explanation mirrors the unanswerable question it screams, sparsely shading the room with a strange mix of helplessness and challenge. It seems that the interminable quest for freedom runs a heartbeat throughout this exhibition; if there’s no answer or solution in the real world, why should this exhibition be tied up tidily with a clear-cut message in mind?

Complete Freedom is a misnomer in itself, and Takreti raises both demanding and subtly poignant questions about our conception of freedom, combined with an ironic acknowledgement of the futility of the attempt to secure it. There are no answers or liberations to be found within this quiet room, but it seems that is the entire message of the exhibition itself. 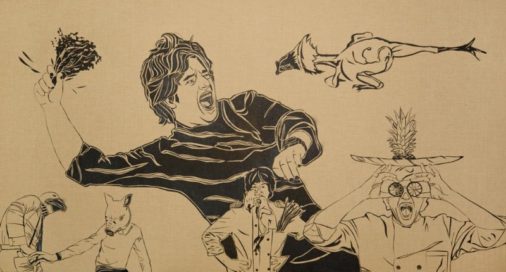 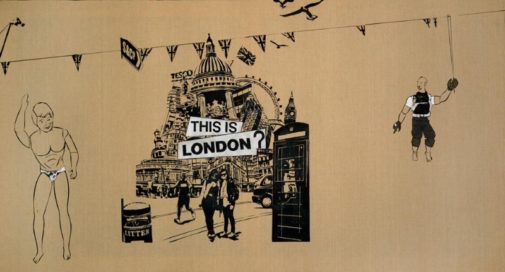