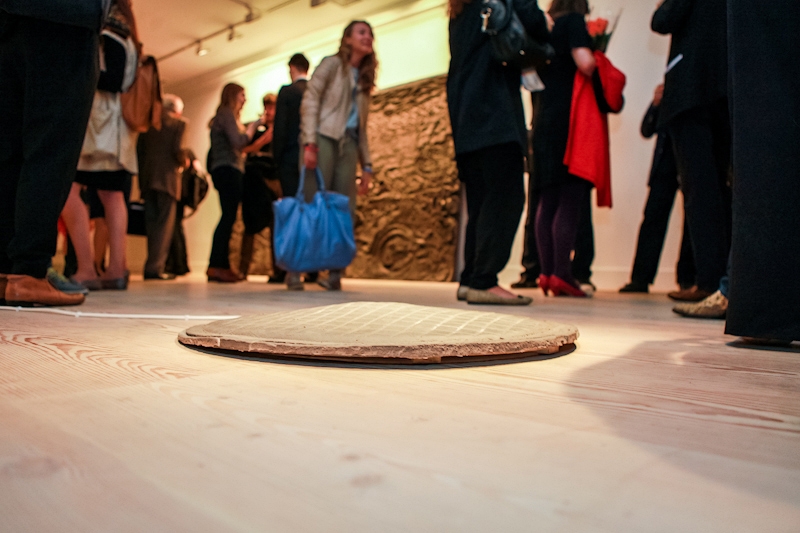 On first glimpse, one could be forgiven for mistaking many of the dramatic sculptural works by Russian arts collective Recycle Group for ancient artefacts, more suited to the British Museum than a gallery. Deliberately subverting audience expectation, Recycle Group creates cleverly aged stone-look panels to engage playfully with the audience, offering, on closer inspection, a subversive insight into society’s approach towards technology, and its elevation to a spiritual, godlike status today. Manhole (2012) plays with the viewer’s senses − a replica manhole cover that shifts, animal-like, across the floor. Imbuing the inanimate with lifelike characteristics is a light-hearted approach to the dissection of the relationship between man-built technology and living things. Plastic tubing masquerades as dinosaur fossil in the provocatively entitled Crack (2012), and a pair of mock Greco-Roman panels (Archaeology 2512 – 2012) feature plastic bottles and polystyrene cups. The piece offers the amusing and dismal prospect that the empty drinks bottle could one day be an article of great cultural and historical value.

Cultural Layer: Skeleton (2012) is similar: in passing, this striking structure could represent a cast of an historical excavation site, but a more careful examination reveals forms of industrial rubble and car parts. In presenting machinery in this now functionless form, the piece is simultaneously amusing and poignant, revealing the mortality of the technology that society – perhaps with some arrogance – relies upon to be omnipotent. This theme is reiterated by Tablets of the Covenant (2012), a trio of cracked stone effect tablets etched with Facebook’s terms of usage, an appalling testament to the near religious or cult-like status of social networking today.

Contrasting stylistically are the interactive works of Spanish artist and designer Sergio Calderon. Installation The World is a Set of Distinct Things with Varied Edges (2013) is a configuration of five sleek, mysterious boxes that react to the viewer, playing music – a range of ambient samples from artist Chihei Hatakeyama – and lighting up according to viewer proximity. The Tetrahedron (2013) is a huge, curiously unimposing structure; Long Way Round (2013) is an expansion on a smaller work that Calderon created in 2008, fusing pixelated prints that appear as pebbles formed into a round cell-like form – a piece that again changes depending on viewer perception and proximity.

Though vastly different, the two creative projects complement each other both stylistically and thematically within the space to form a fun and perceptive exhibition. 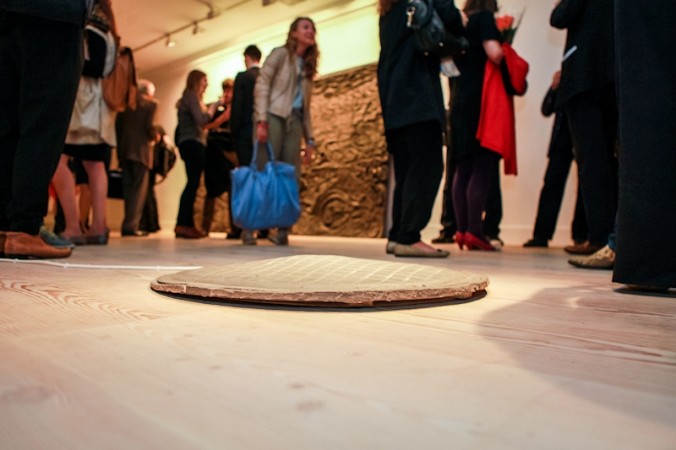 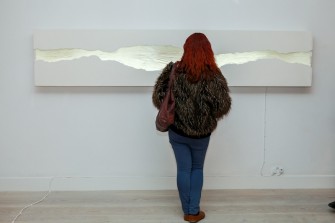 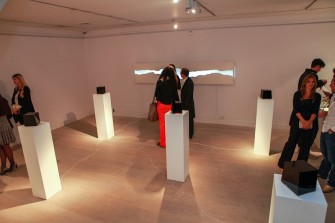 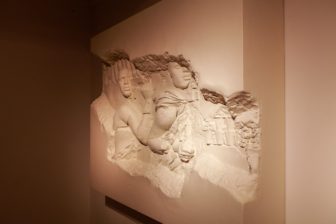 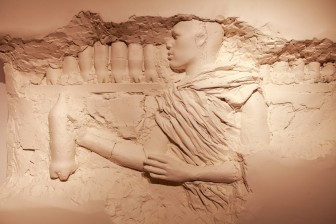 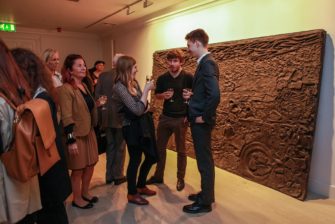 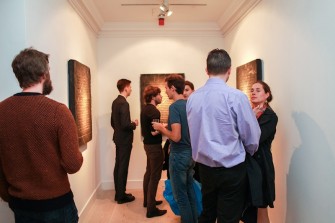 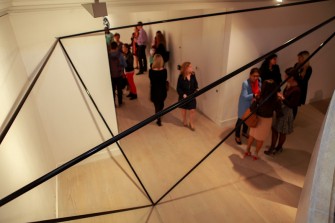 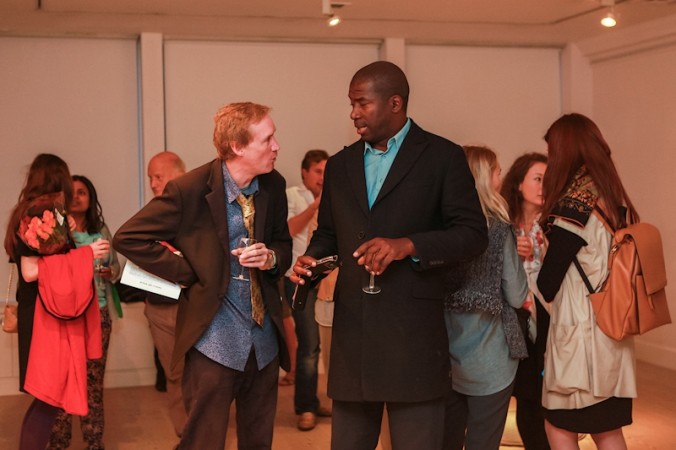 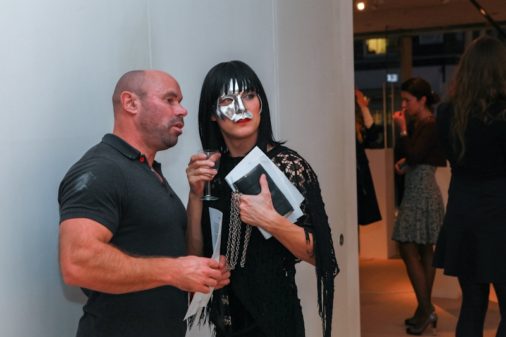 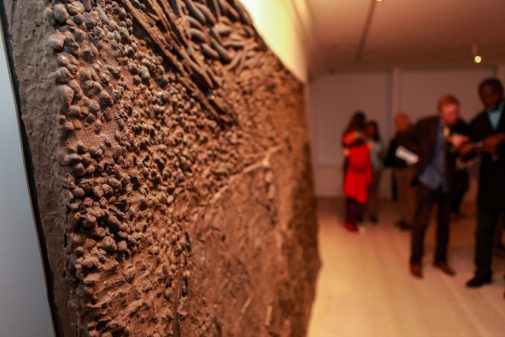 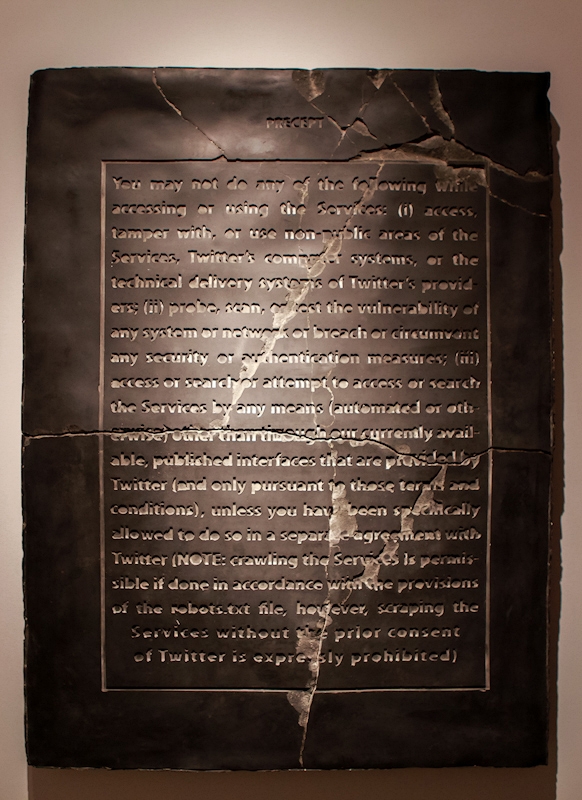