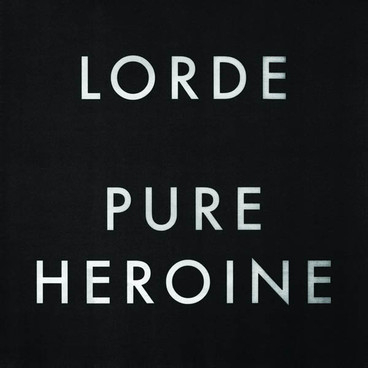 Pure Heroine has an addictive edge to it. It’s tense, yet relaxed. It’s danceable yet also fares well for an evening’s background. Lorde (Ella Maria Lani Yelich-O’Connor) has stormed into the UK and US from New Zealand, actually being the first solo artist from there to get a number one in the US with single Royals. Spotted at a talent show in hometown Auckland at the age of 12, Universal subsequently snapped her up. With its minimal electro pop vibe, and unusual vocal quality it trances and hypnotises with snappy lyrics and understated anthem. The opener and second single Tennis Court represents very well the mood of the record, and its hook  “and talk it up like yeah” won’t leave your mind for a good while.

Obviously the popularity of Royals rings true in its third-track placement on the album, but it’s followed by the enchanting Ribs which dramatically teases and gently unravels making a very pleasing listen with a subtle heart beat bassline. This indie themed record delights, despite it only having ten tracks it’s actually a suitable length for its style. It leaves you wanting more, and playfully intrigues.

“Explosions on TV, and all the girls with heads inside a dream” is one of many lines showing Lorde’s impressive skills as a lyricist.

Glory and Gore is a little heavier and grimier that contrasts next to Still Sane which is soothingly haunting and uses breathy vocals and numbed piano key sounds, but both are the most “skippable”. The finale with A World Alone is very sophisticated.

Pure Heroine as a whole, however, is a powerful blast onto the scene and experimentally different. It has echoes of Alt-J’s lyrical style and the vocal charms of Lana Del Ray yet stands on its own with charming power. The fact that single Royals is currently sitting at Number One in the UK has also got to stand for something.

Watch the video for Royals here: