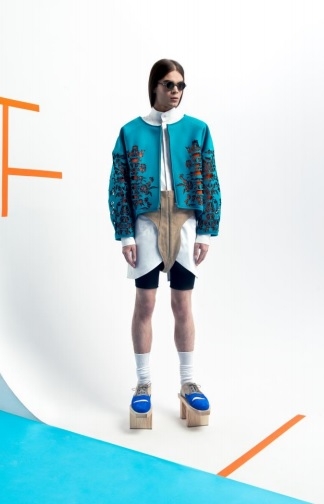 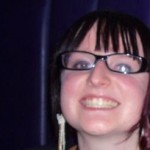 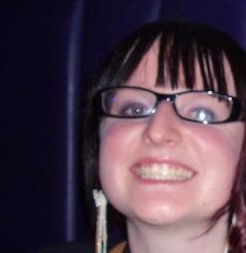 Michal Mrzyglod studied fashion design at the Academy of Fine Arts in Warsaw, Poland. He then moved to London to further his education at the London College of Fashion and is currently completing his first year in menswear design with a spectacular collection.

His debut collection, Chin-suru, won the second prize in the most prestigious fashion design contest in Poland. Chin-suru was an attempt to define, as accurately as possible, the direction Michal’s work would take. For Michal, fashion is treated as the ultimate translational tool. Almost any idea, any complex concept, can be expressed by translating it into the language of fashion. In terms of inspiration, Michal decided to combine some strictly Japanese inspirations, analysing the form of the traditional Japanese garments from the Edo period, with something seemingly abstract and remote – the Californian surfer and skater subcultures of the 70s. These were the starting points of the journey that followed. An organic growth of inspirations, their natural intermingling and progression somehow resembling the stream of consciousness, stimulated the evolution of the collection and led to its final form. It became a creation that is truly pulsating, multi-dimensional and eclectic.

The eclecticism is quite clearly reflected in the choice of fabrics used in the collection. Silk satin and organza with rather surreal palm-inspired prints is juxtaposed with a peculiar texture of salmon leather and organic patterns of laser-cut neoprene. This strong contrast is softened by the delicacy of cottons or the texture of velvety suede. Bold colours complement the experiments with textures. Truly intensive orange is mixed with royal blue, lime yellow and with slightly toned-down prints. Neoprene jackets have characteristic ovoid, bulky shoulders and raglan sleeves, and shirts are deconstructed, while pleated, wide hakama-inspired trousers resemble skirts rather than traditional trousers. Sleek geometry of Japanese-inspired forms is contracted with modern, organic cuts. By playing with forms and proportions, Michal tries to redefine the conventional distinction between feminine and masculine.

Accessories give the silhouettes the final touch – high, wooden, geta-style platforms further supplement and redefine the proportions, while the aerodynamic cuts of the headwear create a sporty, exaggerated look.

If this is what he is capable of creating in his first year in menswear, imagine what Michal will be producing in his second.

For further information on Michal Mrzyglod and his collection, visit here. 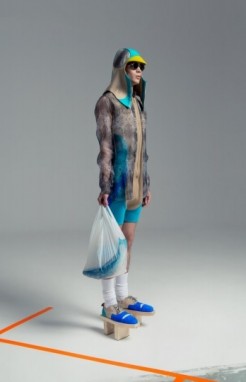 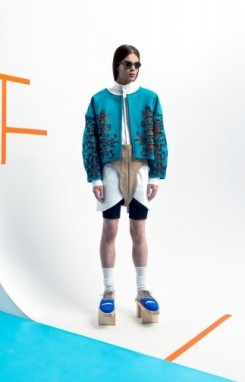 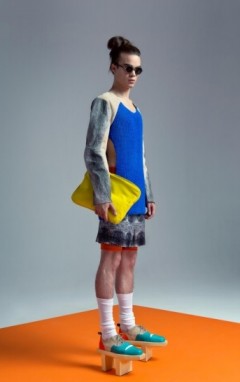 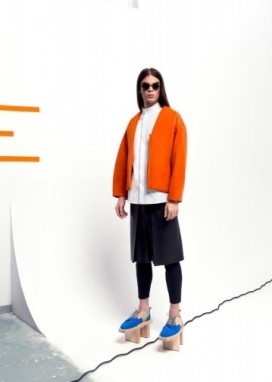 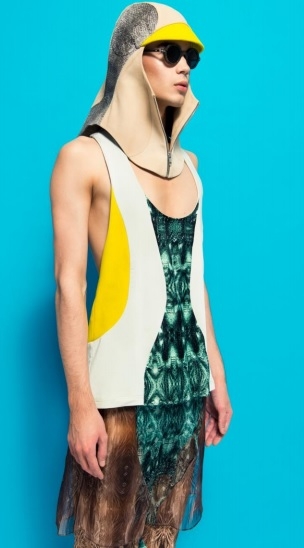 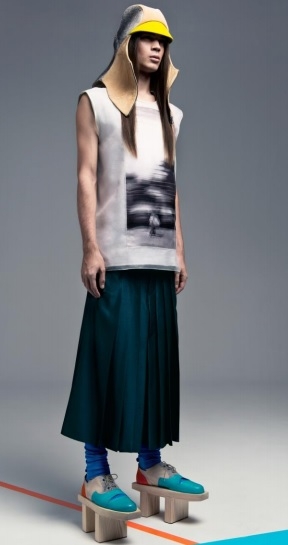