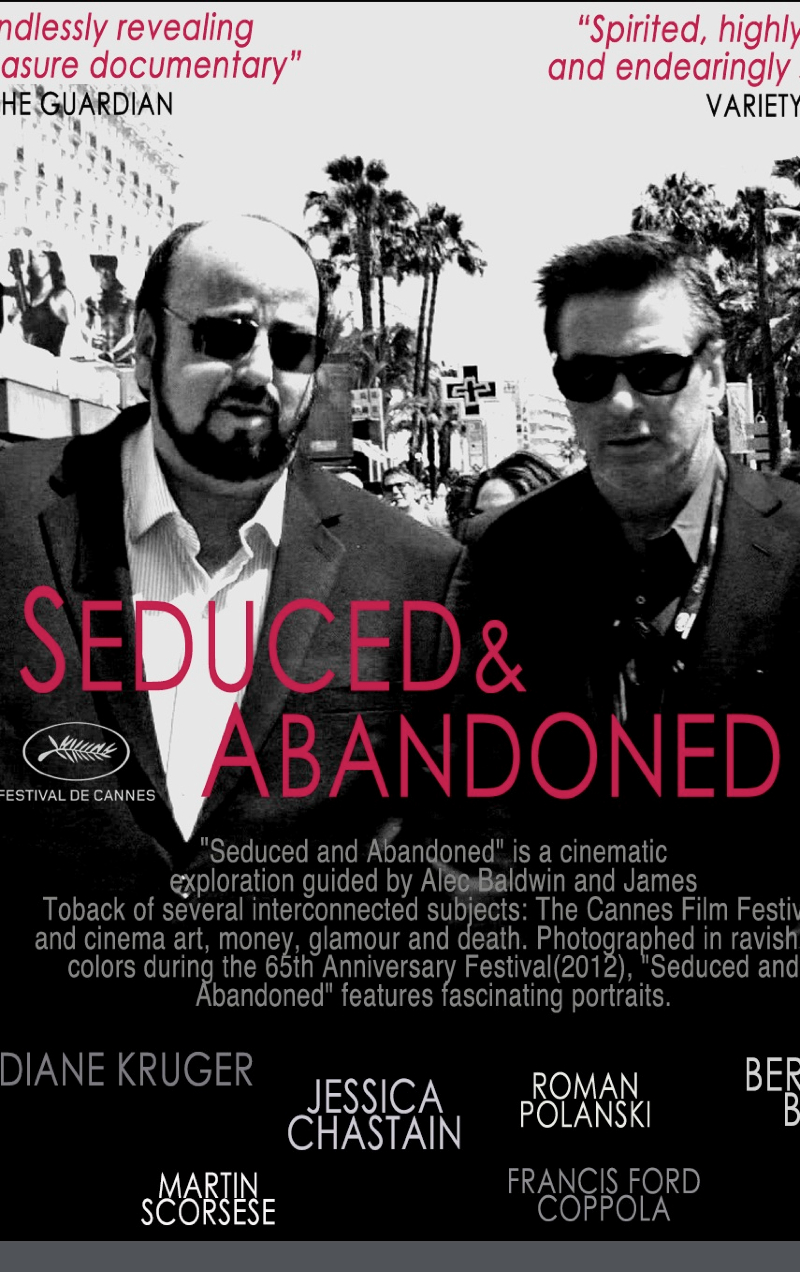 If the title of the movie inevitably leads you to think of yet another cheesy love story, think again. In its own way though, Seduced & Abandoned is a love story. The movie follows the journey that director James Toback and Alec Baldwin make with the excuse of raising money to fund their next project together. It’s both a physical and a metaphorical trip: Toback and Baldwin (for the first time in his career) travel to attend the Cannes Festival, where they hope to find someone willing to sponsor and invest in their project. At the same time however, the filmmaker and the actor take a walk down memory lane, interviewing famous workmates. By means of explaining the goal of their quest and attempting to convince some of those colleagues to give their active (mainly financial) contribution, Toback and Baldwin collect anecdotes, thoughts and suggestions. All these bits of history, past and present, make up the movie that is simultaneously taking shape.

Seduced & Abandoned is a finely directed sort-of documentary that aims to make us reflect on cinema, a masterclass disguised as a humorous, despairing search – a movie in a movie. We do see Toback and Baldwin acting out their requests, but we are also invited to think upon this very problem. “95% of the time is spent trying to find the money to make a movie, 5% is actually spent for making it” – is there an alternative? Is it worth it?

Both the director and the actor have to face the dilemma: they need money, lots of money, to make the film but they are more inclined to think that making a movie should be more about accomplishing desires than giving in to mere calculations.

Toback and Baldwin show the two sides of the coin: there is business, glamour, fame, ego, but there is also creativity, magic and opportunity. On the one hand the market is influencing the quality of cinema, causing bosses to question whether a movie will sell. On the other hand, there are still people who battle with everyone to strive to maintain the enthusiasm that should drive and be the main propeller behind filmmaking.

This never-ending clash remains unsolved. At least, Toback and Baldwin managed to achieve one of their goals: making Seduced & Abandoned, a clever, humorous yet melancholic reflection on cinema.