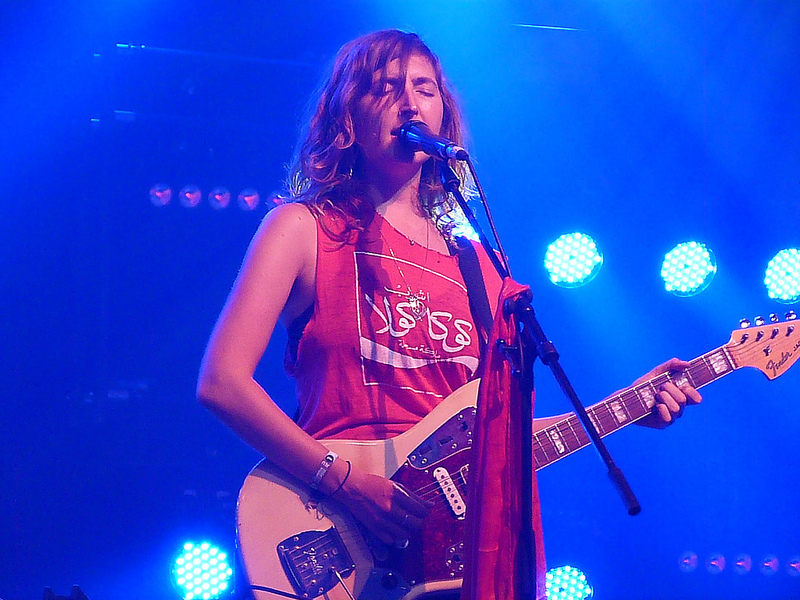 Warpaint are on the comeback trail. It’s been three years since they released their critically acclaimed debut album The Fool – now a self-titled follow-up is due for early next year. The four women from LA conjure a spectral kind of indie-pop, which is fitting given that this week’s gig fell on the eve of Halloween. Vocalists/guitarists Theresa Wayman and Emily Kokal were dressed in appropriately witchy black dresses and there were more than a few ghoulishly painted faces amongst Brixton Academy’s audience. The band don’t exactly create what you might term ‘immediate’ music. They excel in creating atmosphere with catchy choruses, the twin guitars and bass weaving together in hypnotic grooves, recalling the sound of The Cure’s early days. As a result, the night was one for swaying gently to the rhythm rather than bellowing the lyrics. The one exception to this was Undertow, perhaps the band’s best-known track and an unusually concise pop nugget. The opening line “Your brown eyes are my blue skies” was chanted by the crowd in rapt devotion, the track’s shift of tempo inspiring the closest thing to a moshpit a Warpaint concert will ever witness.

The majority of songs were taken from The Fool and the band’s first EP Exquisite Corpses, though a few newer numbers were given an airing. Love Is to Die featured a wondrously off-kilter bass line, while the opening instrumental Keep It Healthy set a dreamy tone for the evening. Aside from the strip of coloured lights glowing different vibrant shades throughout the night, the most striking visual aspect of Warpaint’s stage show was bassist Jenny Lee Lindberg. Sharing a raised platform with drummer Stella Mozgawa, she kept up a constant shuffle, padding backwards and forwards to her own undulating bass lines.

For the encore Kokal returned to the stage alone to play Baby, gently picking out the lullaby melody on her electric guitar. The others rejoined her for the closing Beetles, which culminated in an elongated jam as the three guitarists clustered around the drum set to play out the groove for all it was worth. A fantastic return to UK for Warpaint, and a promising sign of new music yet to come.

For further information about Warpaint and future events visit here.

Watch the video for Undertow here: