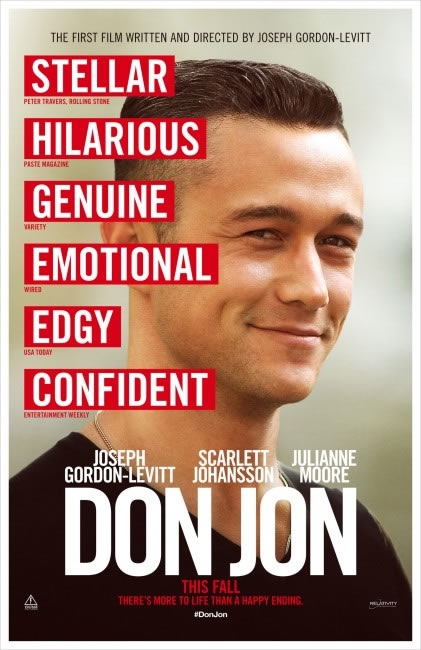 Welcome to the world of a don – and no, this is not an introduction to the life of a tutor at a prestigious university. Don here means a “player” – a man who is equal in both sex appeal and power. A man whose whole world revolves around being the person every red-blooded male aspires to be. Meet Don Jon: he is that man. vitt as Jon Martello, Don Jon is a larger-than-life portrayal of a man caught up in the dazzling world of pornographic movies. His unhealthy obsession with online sex soon becomes a hindrance in his actual relations with women, though, who find his private hobby weird to say the least. Behind all his Hail Mary prayers and family dedication, Jon is the ultimate don in the eyes of his friends because of his knack for pulling “10s”. However, his unfulfilling lifestyle soon catches up with him and he embarks on a new challenge to become the perfect boyfriend. The woman he chooses is definitely a solid ten: Barbara, played by the gorgeous Scarlett Johansson.

Although the storyline in Don Jon is as lacking as Jon’s ability to stay away from porn, all in all it is rather amusing. Also directed by Gordon-Levitt, the film is both daring and slightly awkward. It is always appealing to watch actors step away from their stereotyped roles, and Gordon-Levitt certainly pushes boundaries with this sex-drenched comedy. The film’s only let down is the lewd language, which at times is too much in the actors’ New Jersey accents; particularly coming out of such attractive mouths. But then you have to question the director’s motives – perhaps Gordon-Levitt achieved the effect he wanted.

While this film is categorically no rom-com, it is quite a bit of fun. Well deserving of its 18 certificate for copious amounts of copulation, Don Jon arouses the idea of not “finding” oneself, but actually learning to “lose” oneself in another. Steamy.