Bluebeard at the Soho 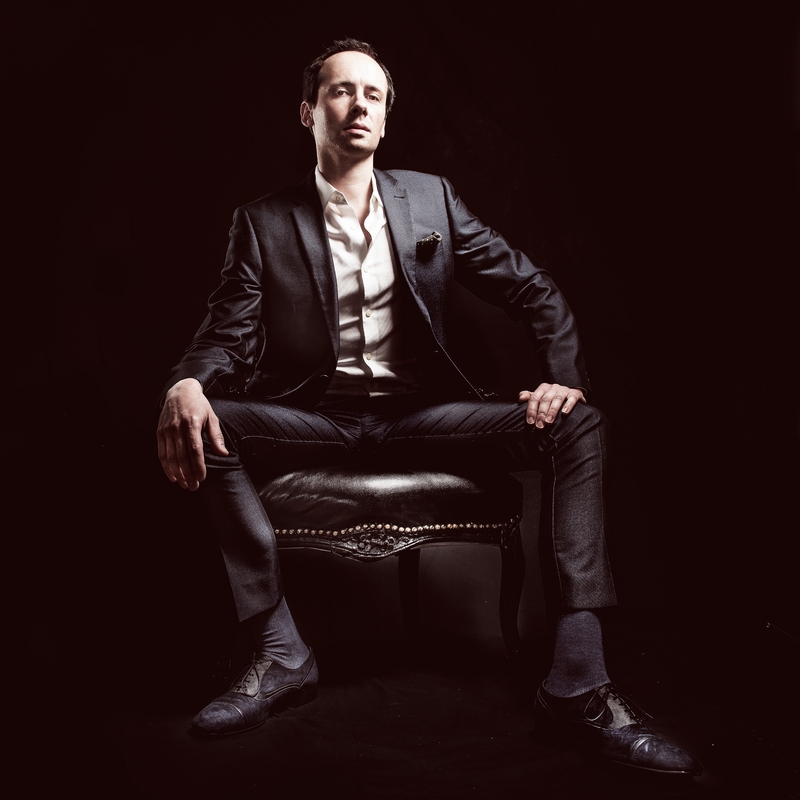 Bluebeard at the Soho | Theatre review

Transferring from the Bristol Old Vic, Hattie Naylor’s Bluebeard begins its run at the Soho Theatre. It’s a one-man show, closely focused on sex and the role of women in society. The set consists of a studded leather armchair, black and ornate. It hints at S&M and power. It is surrounded by fluorescent tube lights, hanging vertically to add further sexual undertones – dungeon-like. High-tempo Motown plays loudly before lone character Bluebeard (Paul Mundell) enters the stage. He delivers a monologue about his seduction of women and the violent sex they engage in.

Mundell is dressed in a sharp suit, the grey colour perhaps meant to evoke Christian Grey from the Fifty Shades series. In the small auditorium, every sound he makes is audible, from the squeaks of the leather chair to his swallowing, fomenting an uncomfortable intimacy. A smile persists throughout, coupled with wide eyes and a strong Northern Irish accent.

The way he describes picking up women portrays him as an evil Barney Stinson from How I Met Your Mother – but all comedy is absent, only disturbing predation remains. Bluebeard is characterised and acted excellently. He describes initial flirtations, seduction, then the sex and increasing violence. He is charming and witty, delivering humorous lines. What becomes apparent is that humour does not always have to be laughed at: it is reliant on context, which in this case is the rape and murder of women. Besides, laughter implies sympathy with the character; here there should be no sympathy.

The difference between this and titillating erotica is the role of the audience in holding Bluebeard accountable. We are put in a position of responsibility: to disapprove unquestioningly? To laugh when he is funny? To be excited when he describes seduction? To pity?

Paul Dodgson’s sound design is excellent. Frankie Valli’s The Night is Lynch-like, recalling In Dreams and Blue Velvet – a fantastic song slotted into a desperately creepy situation. There are atmospheric noises, something sounding like a piano being dropped into hell – echoing, crashing, fading chords.

Naylor’s writing is outstanding. The script is deep, dark and compelling, questioning through Bluebeard the role of the audience as judges, voyeurs and even accomplices.

Bluebeard is on at the Soho Theatre until 1st December 2013, for further information or to book visit here.

Watch the trailer for Bluebeard here: