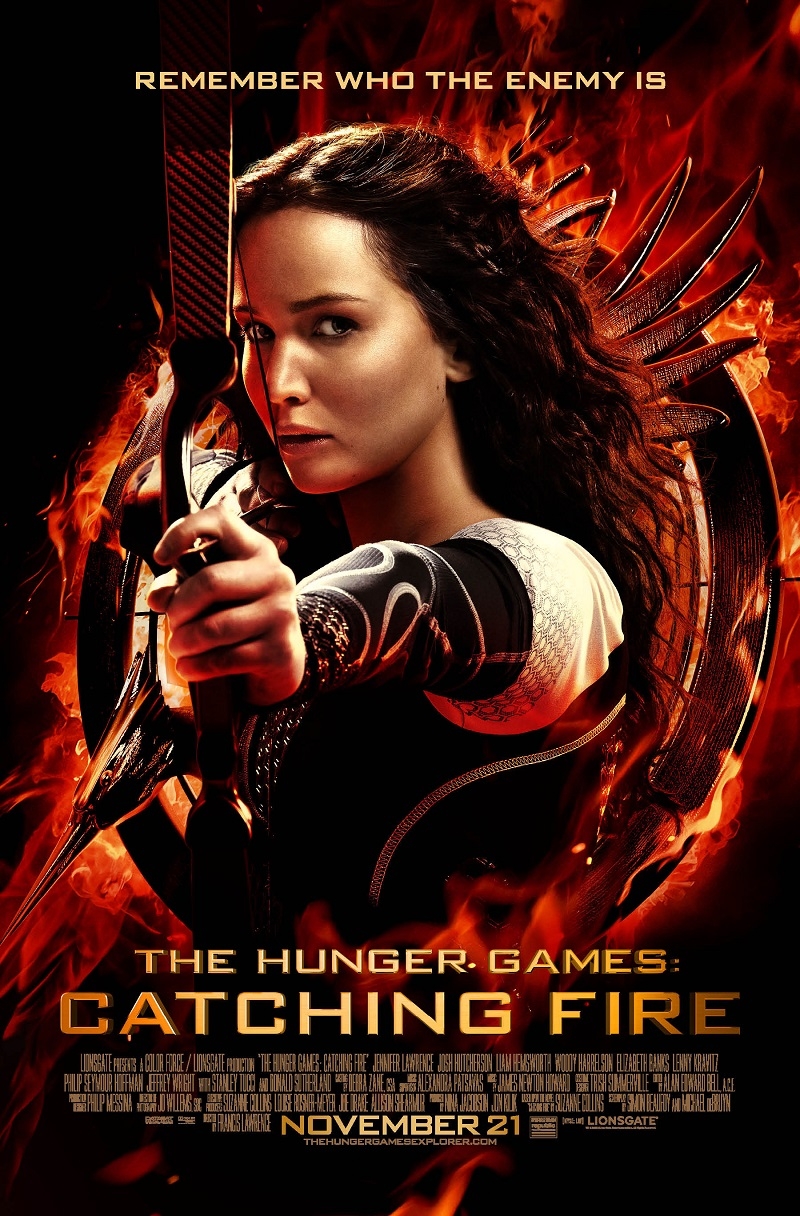 It has been just over 18 months since the first episode in The Hunger Games trilogy whipped up a frenzy in cinemas around the world, and this month sees the second instalment hit silver screens across the UK. A martyr from the futuristic District 12, Katniss Everdeen’s (Jennifer Lawrence) continuing story, as one half of a surviving tribute pair from the notorious Hunger Games, is one of suspense, anguish and gaiety – a true emotional roller coaster. After surviving the 74th Hunger Games, Katniss once again embarks on a turbulent journey from her poverty-stricken district to the fragile and unstable Capitol of Panem, accompanied by her dutiful companion and faux-lover, Peeta Mellark (Josh Hutcherson). Their adventure soon returns to one of survival when a gargantuan twist in the annual Hunger Games, in honour of the Quarter Quell, sees the two star-crossed lovers come up against more rather morbid odds.

This Hunger Games sequel (despite a change of director: this time, I Am Legend director Francis Lawrence takes the role) is a real homage to Suzanna Collins’ novel of the same name. The film can be enjoyed with or without having read the book, and unlike most story-to-film translations, there is something appetising about this adaptation that sets it apart from other films of similar genre.

Special effects, dramatic costumes and formidable opposition in the form of the “carers” and “peacekeepers” brings Katniss’s fight for life alive and kicking. Highly anticipated and fantastical entertainment, The Hunger Games: Catching Fire is going to really catch on this autumn.

Watch the trailer for The Hunger Games: Catching Fire here: