KT Tunstall at the Theatre Royal 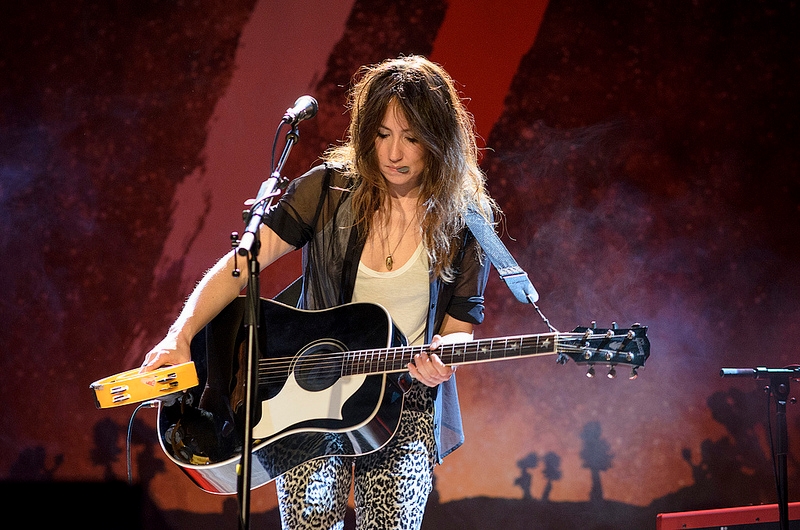 Tonight KT Tunstall introduces her new album Invisible Empire/Crescent Moon to the impressive auditorium of the Theatre Royal, Drury Lane. What’s clear is the charismatic, comic and personable nature of Tunstall as she guides us through the ninety-minute set, cracking jokes and interacting with her audience. She oozes cool confidence, holding her ground on the massive stage that is currently home to Charlie and the Chocolate Factory. Tunstall embraces this with a short rendition of Oompa Loompa on the piano halfway through, adding to her hilarious charm. Tunstall’s support act is the promising Billy Locket, who is equally as endearing to watch and provides his own subtle cheekiness to his set. He complements her performance well.

Invisible Empire/Crescent Moon is an acoustic album – one woman and her guitar, with occasional tinkling on piano. Tunstall impressively uses the looping technique, and does so live, to build each song from scratch. During the set she presents Yellow Flower, originally a poem to which she applied a piano backing. Tunstall has just had her first poetry book published; her lyrical talent is clear in these songs: “Still the pulse survives the conscious candour of our conversation”. Carried comes with a pleasing beat; it’s an imaginative post-death journey in which Tunstall explores a deal struck with the one who organises the funeral: “Will you carry my load? We all need somebody to teach us how to be carried.”

From The Scarlet Tulip EP released in 2011 is Alchemy, a romantic, hypnotising lullaby pausing the audience’s breath. Of course Suddenly I See makes a popular appearance, and the final song Chimes is simply haunting. It’s addictive and dreamlike, her use of breathing captivating. Tunstall’s tone is generally soothing, yet this album delivers something really mature and comfortable. Title track and opening song Invisible Empire is mothering and knowing, as sure of itself as her confident on-stage mannerisms.

The poetic Invisible Empire/Crescent Moon echoes influences of folk and country, yet maintains a self-assured individualism. It’s not out to impress, it’s out to be heard. This is a late night drive listen, honest and knowledgeable, with a sense of gravity. The tour, introducing this mature sound, is a mere step over the threshold for the following chapters of Tunstall’s career – hearing it live is quite the gift.

Sarah Milton
Photos: Something for Kate

Watch the video for the album sample here: