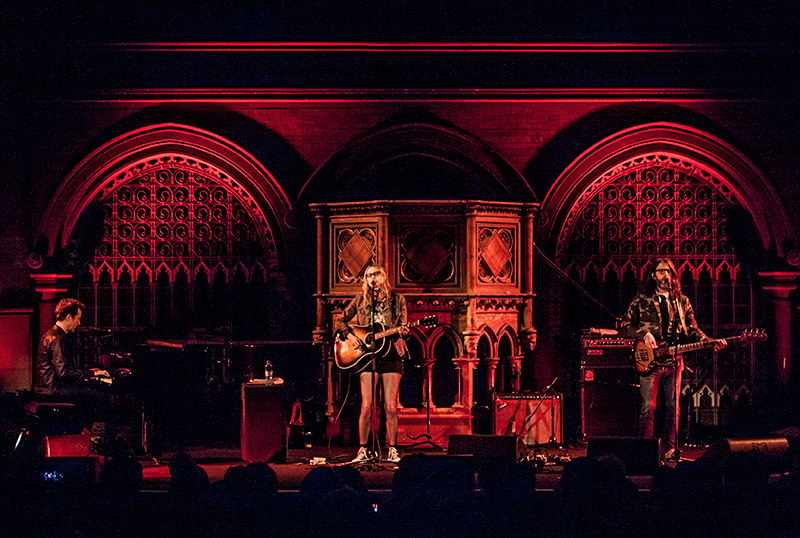 Upon entering the Union Chapel, an awkward and unavoidable question comes to one’s mind as we shuffle through the rows searching for a space. Namely, just how conducive is a chapel going to be for a gig? The answer: not very. Firstly, it’s hellishly drafty (at no gig should a scarf be needed throughout the duration!) Secondly, remember those awful wooden ledges that somehow pass for seats for the congregation? Well, they do not get more comfy with age. And yet, despite these drawbacks, Aimee Mann has the required charm and talent to make the evening, not just bearable, but actually, rather enjoyable too. A fair amount of the credit should go to supporting act Ted Leo, American guitarist and singer/songwriter whose punk-inflected vocals and playing style (that is, lots of power chords, played really fast) invites comparison with Greenday’s Billie Joe Armstrong… except for adults. Leo initially plays his solo material before being joined by Aimee (on bass) so they can preview material from their joint project The Both, whose record is arriving early next year. One such track, No Sir, is gorgeous, Interpol-esque, and one of the highlights of the entire night.

Whether there is any actual truth in Aimee’s repeated jokes about the venue’s decibel limit, the sound levels tonight are indeed of a more restrained nature. But it is to the show’s benefit, as Aimee’s brand of melodic soft-rock (and to say rock is soft is not always to say it is bad) resonates around the Union Chapel’s lofty interior beautifully. Which make tracks like the Oscar-nominated Save Me, 4th of July, and You Could Make a Killing,  all the more affecting.

Whether talking about how her botched attempt to pen a tune for the Shrek 3 soundtrack lead to the creation of Borrowing Time, stories about guessing what songs might be found on Hillary Clinton’s ipod, or her general banter with Ted. Aimee’s ability and willingness to deliver extensive preambles to her songs fosters a genuine connection with the audience that feels deeper than most artists.

As the encore arrives, and ever-eager to please, Aimee takes some audience requests, and so the last night of her tour ends with sterling renditions of crowd favourites, Red Vines and The Moth. 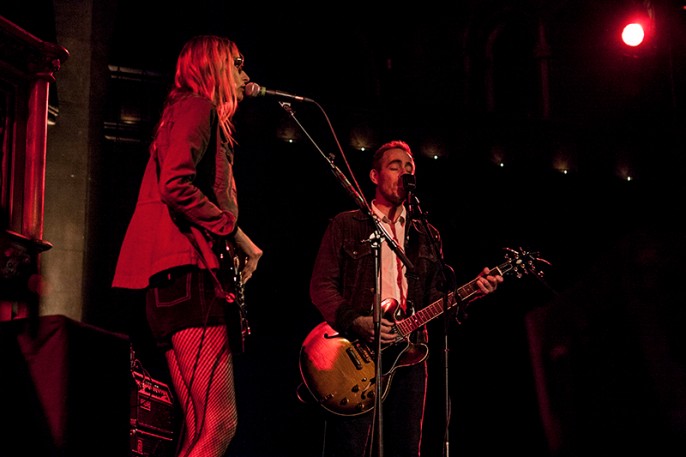 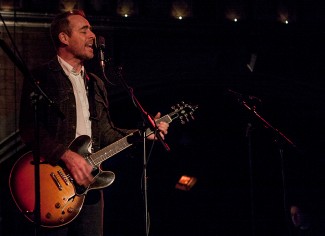 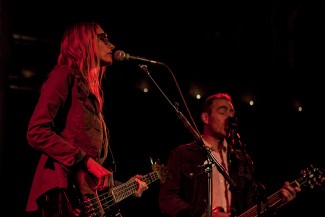 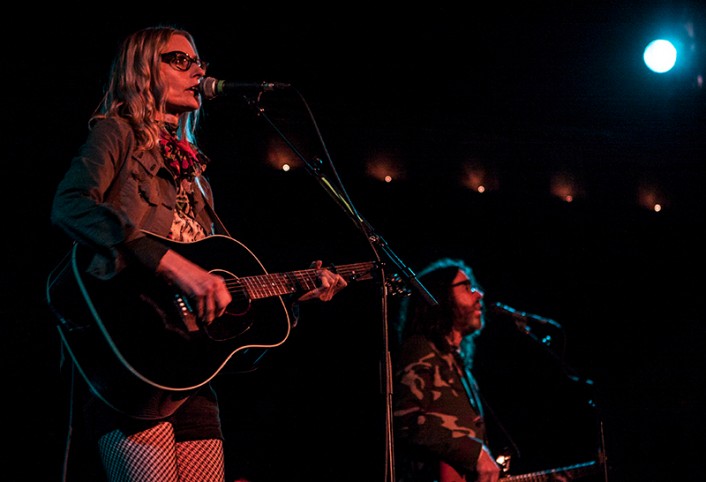 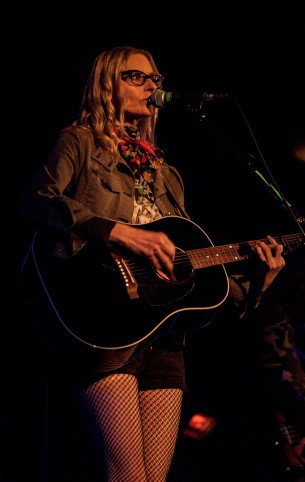 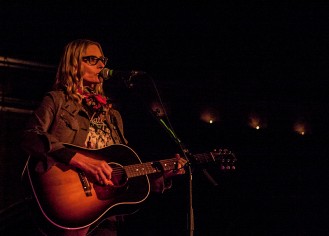 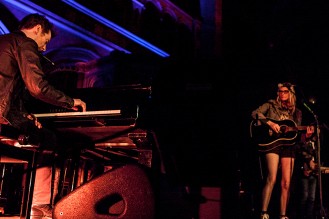 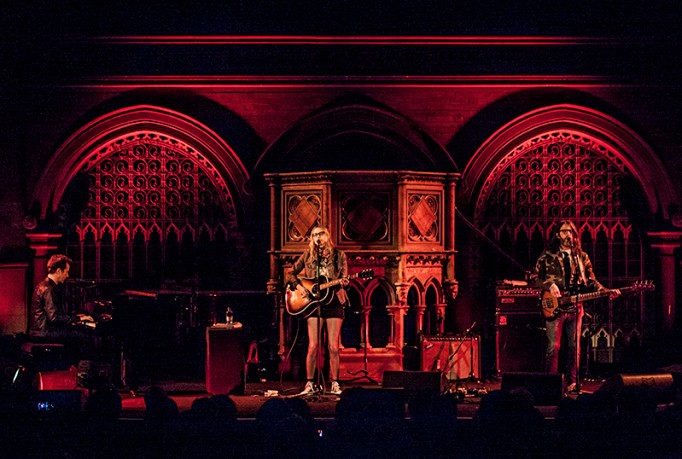 Watch the video for Labrador here: