Morcheeba at the Forum 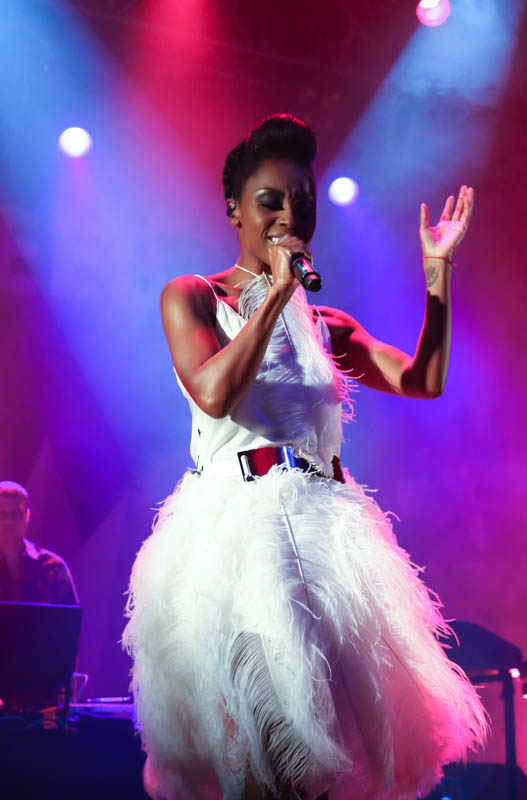 Morcheeba at the Forum | Live review

Morcheeba were never the coolest members of the “trip-hop” genre that emerged in the mid-90s. Where genre-shapers Massive Attack and Portishead dealt in icy, spacious minimalism, Morcheeba went big and colourful, stuffing their tracks with as many wah-wah guitar solos and trumpets as they could manage. It was a formula unlikely to win them critical favour, but they did strike it big commercially with Big Calm in 1998. However, 15 years on and Morcheeba are now very much a band with niche appeal, their most recent record Head Up High just scraping into the album chart at #99. The group seemed to acknowledge this themselves last night at the Forum, with a set drawing almost exclusively from their latest release Head Up High and Big Calm (or the “Red Album” as singer Skye Edwards jokingly referred to it). Perhaps rather dispiritingly, she did ask the crowd how many of them had bought the new record, to which about ten people raised their hands. The vast majority were there to hear songs from one album and one album only, and they were granted their wish. The Sea, Part of the Process and Shoulder Holster were all played with gusto, Edwards leading the crowd in arm-waving and sing-alongs. She remains the group’s greatest weapon, not only for her stage presence but of course her smoky, soulful pipes. She shimmied across the stage for the entire set in a swan-like white dress, her enthusiasm undeniably infectious. Behind her, the other musicians (including founding members Paul and Ross Godfrey on bass and guitar respectively) created a blanket of wah-wah and DJ scratching, which couldn’t help but feel a bit old fashioned.

The newer material failed to illicit much crowd participation, and beginning the concert with new track Make Believer got proceedings off to slow start. Though by the end the fans were satisfied, evidenced by the clamouring for an encore. In essence they were granted a greatest hits set, which was more than satisfactory.

For further information about Morcheeba and future events visit here. 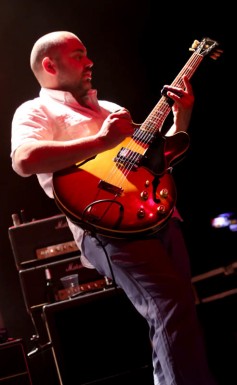 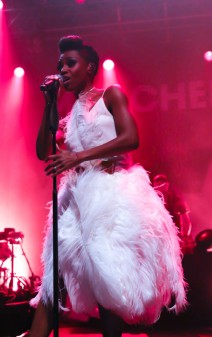 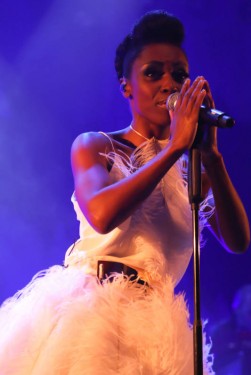 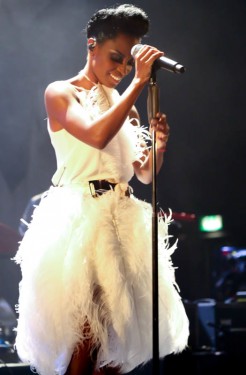 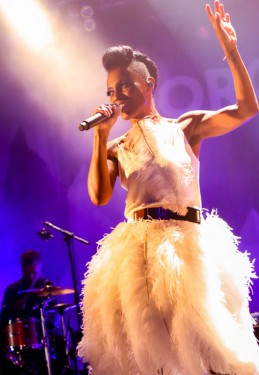 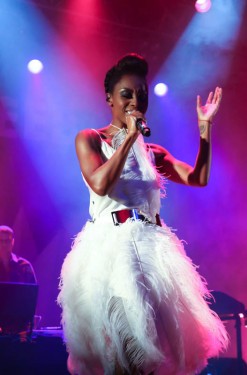 Watch the video for Gimme Your Love here: