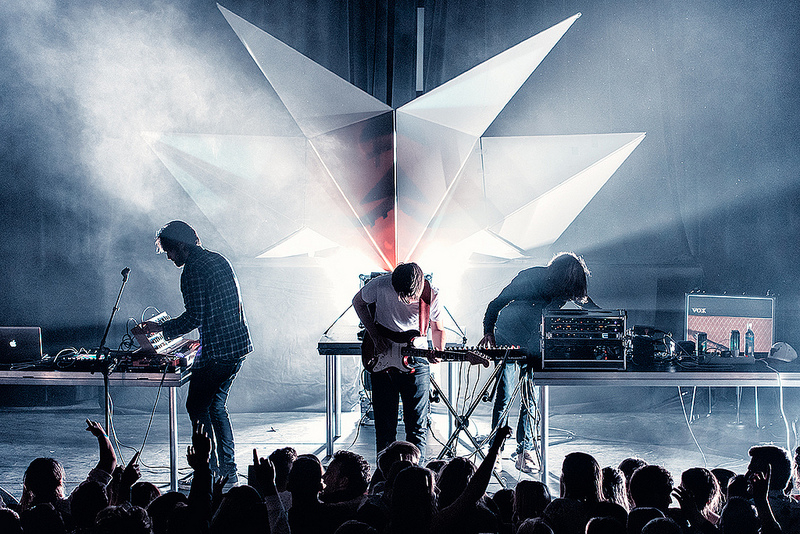 Norwegian indie-electronic duo Lemaitre was formed in 2010 by Ketil Jansen and Ulrik Denizou Lund. They performed their second London gig in Fabric to a decent crowd on a freezing cold night.

The duo’s big expansive sound is no doubt a challenge to mix live. The overall levels were good – the sometimes clean and sometimes gritty Fender guitar cut above the low end of the synth and drums. Splitting Colours featured a sweet children’s choir track, gritty effects on guitar and glistening piano. Cut to Black is an anthemic summer track that just keeps giving; this particularly civilised midweek audience smiled to themselves, yearning for hot weather. Fiction was a lively mid-tempo hit with sparse instrumentation, great panning, a badass riffing guitar, fat bass synth and 007-like piano chords underneath. The duo is well-read musically, quoting Stax vinyl, Justice, Phoenix and Daft Punk among their influences. However, Lemaitre’s music is more than the sum of its parts, so lining them conveniently alongside Daft Punk doesn’t do them justice. The 20 year old man-child geniuses are early on in their development but already have five EPs under their belts.

It’s refreshing and more natural to see musicians/producers who are competent, confident and passionate enough to banter during a gig and surprise a crowd – a rare occurrence in a time when people expect bands to sound note-for-note like the compressed mp3s they have bought. They looked like they really enjoyed themselves, which the crowd loved to see. Audiences also love to be manipulated, and they were – powerful sub bass, and dynamic drops were scattered throughout.  The music is much more impressive live than it is on record, although the records are also a huge achievement.

In terms of staging, there was a self-designed white 3D model centre stage – the same used in their Relativity sleeves – on which fuzzy responsive visuals were projected. Between songs they displayed effortlessness in swapping instruments, live programming and improvisations.

Sceptics was Lemaitre’s second encore – it exemplified their skill in manipulating sound, combining classical harmony that child prodigy Mozart would have been proud of, with the sounds of our time: dubstep, grime, and pop. The only negative comment is that there should have been even more people there to enjoy it.

For further information about Lemaitre and future events visit here.

Watch the video for Fiction here: