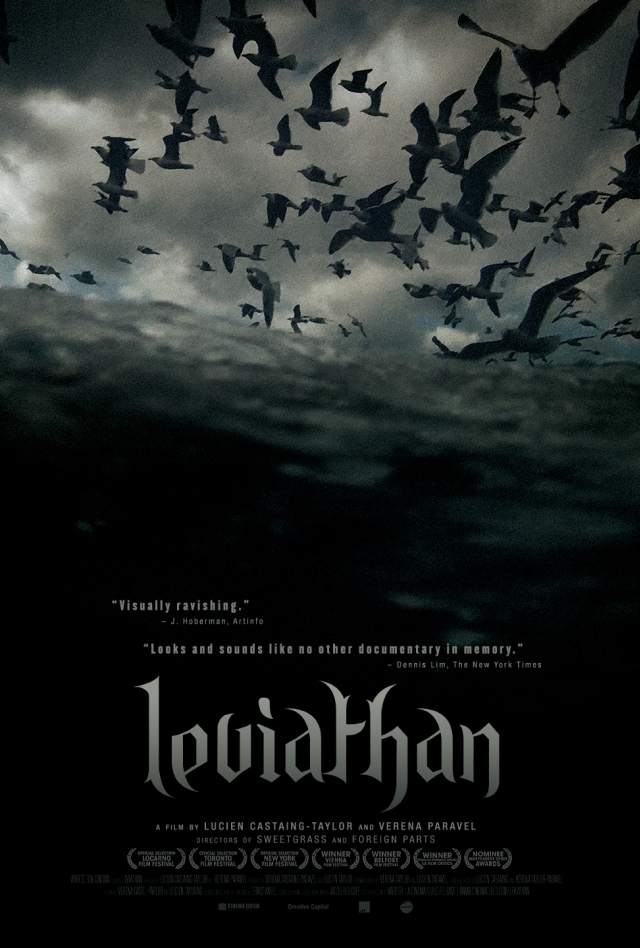 Leviathan is a truly remarkable documentary that lets the audience be witness to all the effort, gore and mechanics involved in a night’s fishing. Since its release in March it has rightfully been picking up awards at international film festivals. Almost wordless, it is the overwhelming noises of the fishing net chains and the roaring waves, the wheeling seagulls and the trawler engines that fill the senses. Visually, the film is extraordinary, shifting viewpoints from the depths of the water to the slimy surfaces of dying fish, always moving, always revealing an unusual view. Although it’s at times awesomely beautiful, this is not the right cinematic experience for everyone. While hypnotic and mesmerising, it forces the viewer into a strange torpor at times. In a rare time of rest, it’s hard not to nod off as a fisherman drifts into sleep, whilst the screen is filled with hypnotic waves. The fate of shoals of fish is exposed dispassionately – it’s a stomach churning process of gutting the still-floundering creatures, and then sweeping a river of blood and remains back into the water.

Like all great art, Leviathan encourages one to ponder all sorts of other things about the nature of life. The fishing industry clearly has origins from the earliest days of mankind, and this gathering and killing system is simply how it works. It’s surprising how manual it still is despite mechanisation, and the fishermen haul and scrape and rip fish, beyond-wet as they battle the restless forces of wind and waves.

Made with a dozen waterproof cameras at normally inaccessible viewpoints, the artistic aesthetic mixes chaos with insight into a vivid and visceral cinematic experience like no other. Filmed off Massachusetts, these are the fishing waters that inspired the novel Moby Dick. Leviathan is at once awesome and horrific, as overwhelmingly beautiful and as terrible as nature.

Watch the trailer for Leviathan here: