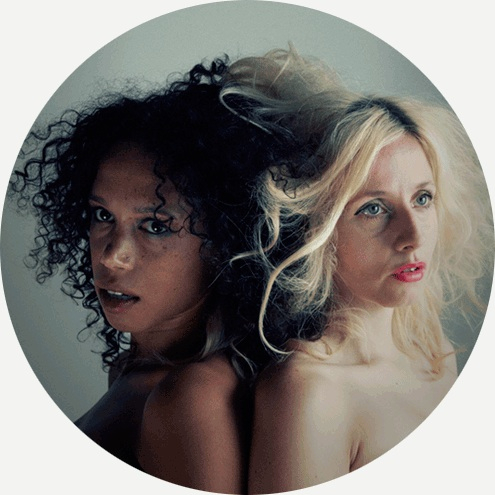 The UK premiere of this award-winning Canadian gothic exploration of obsessions and limitations gives a hilarious insight into the world of twins Sugar and Grace as they celebrate lucky 30 – the year the annual deaths that have plagued their lives are surely going to end. Sinéad Matthews gives a fantastic performance as Sugar Ducharme – the sometimes-agoraphobic, (apparently) ugly duckling who dreams of falling into a handsome doctor’s arms when the inevitable disaster finally strikes their small town. In the meantime, she plays devoted sister and wife to Grace (Vinette Robinson), her rubbish dump-worker-stroke-model sibling.

Robinson’s Grace is tough on the outside and totally messed up and terrified on the inside, and her ability to simultaneously embody the bread-winning lion-woman and scared little girl is admirable. As Sugar dares to contemplate if there is more to life than photos of other people’s deformed babies, Grace watches with horror as the safety net that she spent so long weaving is violently torn apart.

All this, and there may be a murderer on the loose! Dylan Smith’s Trout is rugged and ready and his past could be even more tragic than the Ducharmes’, but despite this, or perhaps because of it, he grabs life by the shoes and runs with it until everyone follows.

To create an orphan who hasn’t taken her dead mother’s clothes off for ten years with such a lack of sentimentality, to portray the nastiness and tenderness of sisterly love-you-till-you-die devotion, and to evoke fear and sadness in amongst utterly hysterical laughter is a huge credit to writer Claudia Day and director Matt Steinberg. Trout Stanley is a thoroughly entertaining but also sweet and insightful play about the ever-changing horror and delight of being alive how we try to make sense of it when nothing is ever as it seems.

Trout Stanley is on at Southwark Playhouse until 7th December 2013, for further information or to book visit here.