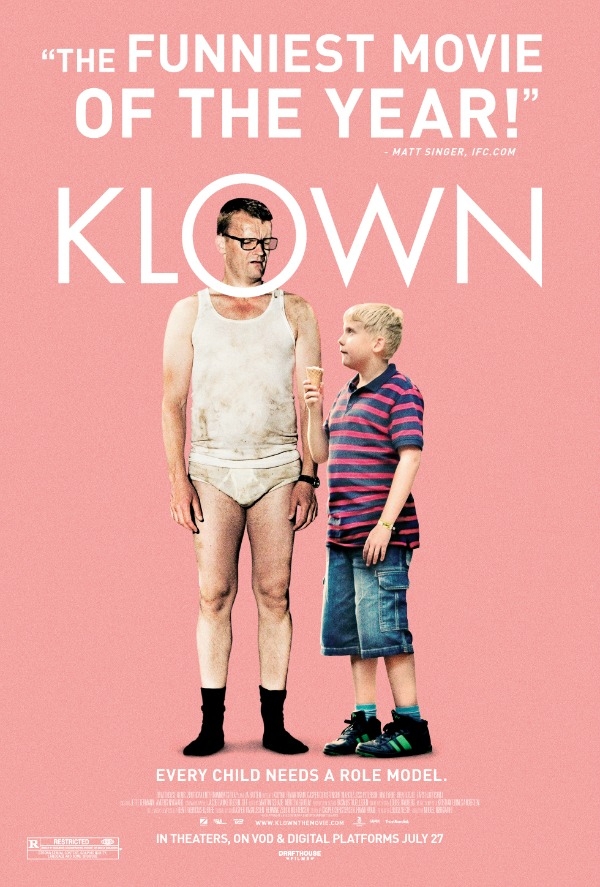 The original Klown show ran for six series on Danish TV from 2005 to 2009. Built around the same cringeworthy humour as The Office or Curb Your Enthusiasm, it followed the misadventures of Frank and Casper, two middle-aged friends who bumbled their way from one socially awkward situation to another, always to the disbelief of their respective partners Mia and Iben. All four characters return for the movie version. This time round, Frank and Casper are heading out on a canoe trip, the real aim of which – unbeknownst to Mia and Iben – is to get laid (the expedition is ceremoniously dubbed “Tour de pussy”). There’s one little problem though: desperate to prove his worth as a father to a newly pregnant Mia, Frank commandeers his young nephew Bo and takes him along for the ride. What was intended to be a weekend of male bonding soon descends into a farcical tableau of drugs, sexual embarrassments and copious amounts of alcohol.

With its road-trip plot and reliance on gross-out humour, Klown could easily be seen as a Danish counterpart to The Hangover. However, Mikkel Norgaard’s picture goes to far darker places than Todd Philips would ever dream of, with scenes of a real graphic nature. It’s saved from being unwatchably awkward by the three leads. Frank (Frank Hvam) and Casper (Casper Christensen) both possess a sweetness which just about cancels out their various depravities and leaves the audiences rooting for them, while Bo (Marcus Jess Petersen) is a wonderfully understated foil, quietly observing the madness unfold around him.

Filmed in a handheld style and with much of the dialogue sounding very naturalistic, the film is rooted firmly in reality, which ensures that moments of outrageousness are even more satisfying. Klown’s European roots mean the characters are compelling enough between all the dick jokes – of which there are plenty – and the taboo baiting scenes are never drawn out for the sake of it. It all results in a very funny, boundary-pushing but ultimately sweet tale that proves Denmark has a lot more to offer than just brooding detective shows and Lars Von Trier.

Watch the trailer for Klown here: