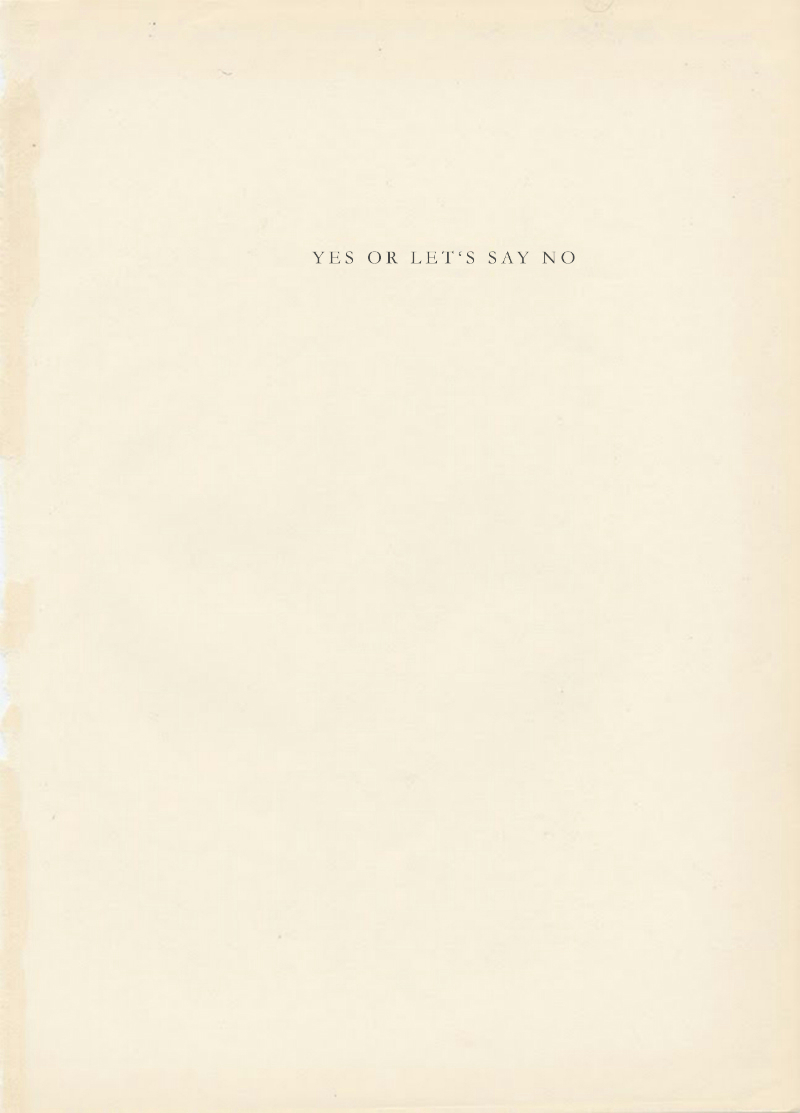 David Ostrowski’s painting is an attempt to undermine painting itself.  He apparently incorporates errors into his work to that effect, in order to find new beauty.  The trouble is that it is almost impossible not to find beauty in anything, even in fragments. Ostrowski’s work is very beautiful, perhaps because it allows us to gaze on nothing and find something.  He is not the ascetic the Simon Lee’s press release makes him out to be.  Less is always more of something else; thus empty stretches of canvas draw our eye, and become rich in themselves.  One is tempted, because of size and formal tricks in his work, to look into as well as onto his works in the way one would at abstract expressionism (though this is supposedly not the way to look at ab-ex, with Greenbergian flatness being the usual modus operandi, it’s doubtful that it’s an uncommon vice).

Ostrowski occasionally pays irritated homage to the New York School: one is not sure if his nods to Rothko and Morris Louis are meant to be dry or farcical, but they occasionally distract from his other achievements.  There are notes of minimalism too, paintings suspended or propped against pillars.  One is not sure how to interpret his tone, which ranges from the aggressive to the benign – or sublime, even.  One detects aggression, but not hostility.  He strips down the object to its essence but never gets beyond the easy beauty this provides.  There is a mass of potentialities – it cannot be said his work is unfinished but, as they pulse from the tension between energetic mark making and the ghostliness of erasure, one wonders where to go and what to draw out from them.

And then there is that beauty again, which complicates things.  It is no small achievement to make us anxious about it.  Is it deliberate?  Is it designed to tease?  One feels the imagination grow fervid, like a nun out of Hugo; the next one feels cynical, as though Ostrowski and his viewers are having their cake and eating it too.  If his work is not entirely successful, it is intriguing and ambitious.

David Ostrowski: Yes or Let’s Say No is at the Simon Lee Gallery until 31st January 2014, for further information visit here.

Tom Beard: From the Ashes, an Italian Piazza in London at the House of Peroni | Exhibition review
Jumpers for Goalposts at the Bush | Theatre review